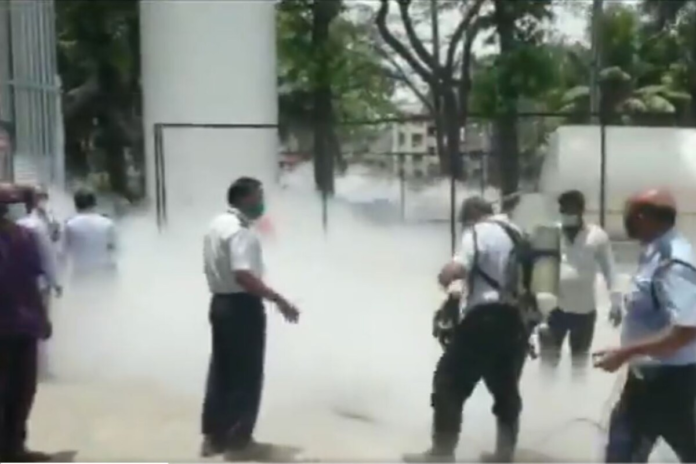 At least 11 people died after an oxygen tank leaked at Dr Zakir Hussain NMC Hospital in Nashik, Maharashtra health minister Rajesh Tope said. The leakage accident happened when tankers were being filled. While operation is underway to control the situation, a video tweeted by ANI showed gaseous oxygen spreading across the area which was supposed to be used by the hospital. About 171 patients were on oxygen in the hospital.

#WATCH | An Oxygen tanker leaked while tankers were being filled at Dr Zakir Hussain Hospital in Nashik, Maharashtra. Officials are present at the spot, operation to contain the leak is underway. Details awaited. pic.twitter.com/zsxnJscmBp— ANI (@ANI) April 21, 2021

“Due to the valves leakage of the tanker in Nashik, there was massive Oxygen leakage. There must definitely have been an impact on the hospital it was going to,” Tope said.

“It’s an unfortunate incident. As per preliminary information, we’ve learnt that 11 people died. We’re trying to get a detailed report. We’ve ordered an enquiry as well. Those who are responsible will not be spared,” FDA Minister Dr Rajendra Shingane said.

Read all the Latest News and Breaking News here