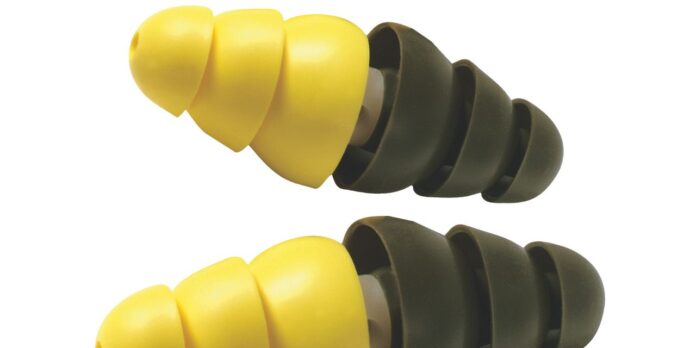 lost the first lawsuit to go to trial over the safety of earplugs it sold for years to the military, with a federal jury Friday awarding $7.1 million to three veterans and finding the company failed to warn about defects in the product.

More than 230,000 service members, veterans and others have filed claims blaming 3M earplugs for causing hearing loss. The distinct yellow-and-green plugs, used widely by the U.S. Army and other branches, were designed with one side intended to fully block noise and the other to let in nearby voices while shielding the ear from harmful ballistic noises.

Minnesota-based 3M has stood by the safety of the earplugs, which it stopped selling in 2015. A company spokeswoman said Friday they disagree with the verdict and don’t believe plaintiffs met the burden of proving the “product was defectively or negligently designed” or caused the veterans’ purported injuries. The company, she said, will evaluate “multiple grounds for appeal.”

Attorneys for the veterans said: “The evidence is clear: 3M knew their earplugs were defective, yet they allowed our service members to suffer these life-altering injuries.”

The jury verdict follows a five-week trial in U.S. District Court in Pensacola, Fla. The proceeding, along with trials scheduled to take place in May and June, are intended to help shape the outcome of the tens of thousands of other claims that have been consolidated in the Florida court through a process known as multidistrict litigation. Jury verdicts can help set benchmarks for settlement negotiations or provide support for a company’s strategy to keep defending itself against the claims.

The jury on Friday awarded each of the three veterans $2.1 million in punitive damages, plus recoveries for medical expenses, lost earnings and pain and suffering.

The number of earplug plaintiffs far surpasses those suing over alleged harms from any other product or drug, including weedkiller, baby powder and blood thinners.

Plaintiffs allege 3M knew for years that the second version of its Combat Arms Earplugs had a tendency to loosen imperceptibly and let in more sound than specified. They allege 3M didn’t give the military proper instructions on how to get the earplugs to tightly seal.

The company has said the earplugs’ design reflected features the military requested and that the U.S. government not only had input in the product’s creation but also bore responsibility for training soldiers on how to properly use them.

Plaintiffs’ lawyers began focusing on finding earplug users after a 2018 settlement 3M reached with the U.S. Justice Department, in which the company agreed to pay $9.1 million, without admitting to any liability, to resolve allegations that it failed to disclose deficiencies in the product.