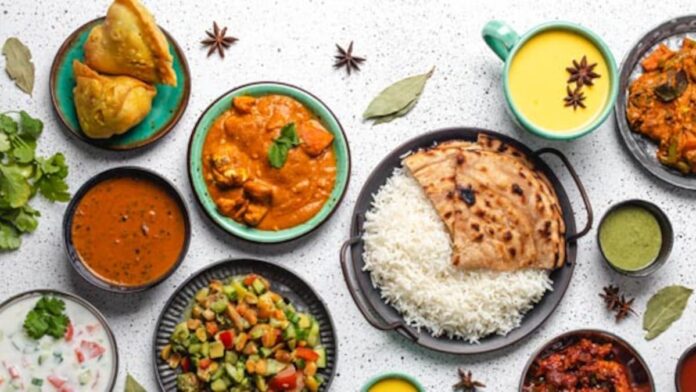 India is a vast concoction of different cultures, traditions, and, of course, cuisine. While the popular South Indian and North Indian cuisines are well known to us, there are some other cuisines that are little-known treasures of India’s smaller regions. You may have never heard of these cuisines. But believe us when we say that these cuisines deserve a place in the hearts of all foodies. There are so many lesser-known cuisines like Kumaoni cuisine and Malvani cuisine that you should try at least once in your lifetime. So, if you’re someone who enjoys trying new foods all the time, you’ve come to the right place. We’ve compiled a list of some lesser-known Indian cuisines that you won’t want to miss! It’s time to branch out from the same old cuisine and learn about these lesser-known cuisines that are part of the expansive Indian cuisine. Let’s get started.

Here’re Some Lesser-Known Indian Cuisines You Must Try:

Kumaoni cuisine, which has its origins in the hills of Uttarakhand, is simple and nutritious, and includes uncomplicated and earthy flavours that complement the Himalayan environment. The ingredients used in these recipes are mostly locally produced and readily available. Bhatt ki Churdkani is a Kumaoni dish (Bhatt is a locally grown black soya bean). Boneless Kachhmauli (whole goat) roasted on a spitfire, sprinkled with chilli and turmeric, and cooked in mustard oil is a must-try for meat lovers.

The cuisine features many delectable, spicy delicacies that are difficult to find elsewhere. Malvani cuisine is an amalgamation of Goan and Maharashtrian cuisine with a distinct cooking technique. It is distinguished by the extensive use of coconut in its various forms (grated, dried, or milk) as well as chillies, spices, and herbs. Despite having a good variety of vegetarian dishes, Malvani cuisine is best known for its non-vegetarian dishes such as Kombdi Vade, Jhinga Fry, and Paplet Saar (Malvani fish curry with pomfret).

Kathiawadi cuisine is from Kathiawar in Saurashtra and other parts of Southern Gujarat. There aren’t many leafy vegetables growing there because of the harsh weather. This cuisine features a lot of potatoes, brinjals, tomatoes, bajri, jaggery, and other ingredients, reflecting these factors. The recipes involved in this cuisine are easy to prepare and also very filling. Green chillies, ghee, and oil are used in large quantities to combat the chill. As a result, the food is spicy and greasy. If you are someone who loves greasy and spicy food, this cuisine will perfectly fit the bill for you.

This cuisine, which is named after the Mappila community in Kerala, is influenced by Dutch, British, Portuguese, and Arab cooking styles! Isn’t it surprising? The main flavours in this cuisine are red chilli, cardamom, and cloves. Coconut, ginger, and curry leaves are additional flavours that are frequently used. As souring agents, tamarind and, in some cases, green mango are frequently used. If you like Mughlai food, you should try the Tellicherry Biryani, which is cooked in the traditional dum style.

Malnad is a region in the Sahyadri mountain range that covers the eastern and western slopes of the Western Ghats. The name literally translates to ‘male’ (rain) and ‘naadu’ (region) in the local language. This cuisine is well-known for its culinary skills and regional delicacies, which make extensive use of fresh local produce. In fact, this cuisine is well-known for including unusual ingredients in its food. Bamboo shoots, Ajwain leaves (Indian borage), Raw Jack fruit, Colocasia leaves, and Brahmi leaves are a few examples.

So, what are you waiting for? It’s time to venture outside of the norm and try new foods. Try them out and let us know which cuisine was your favourite in the comments section.