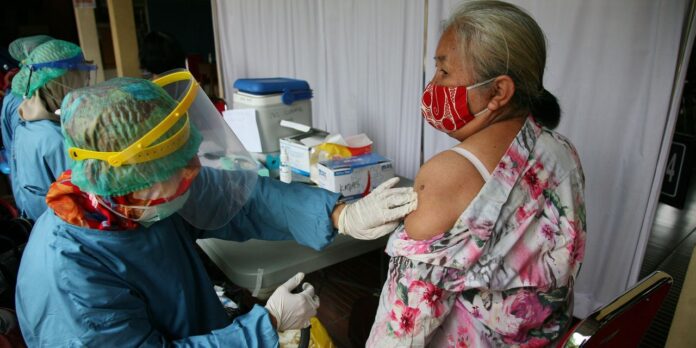 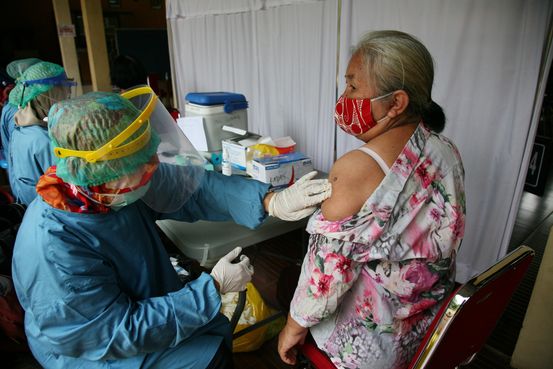 With vaccinations lagging in the world’s fourth most-populous country, the government has authorized an unusual approach: allowing private companies to acquire Covid-19 vaccines from state-owned distributors for a price to inoculate their employees.

In Indonesia, where Covid-19 infections remain high and many businesses are operating with reduced staff, companies see the plan as an opportunity to return to full capacity faster and reassure workers concerned about contagion. The idea emanated from the Indonesian Chamber of Commerce and Industry, which proposed it to President

saying it would boost productivity and reduce pressure on the national budget because businesses would be paying for some of the vaccination drive, said Chairman Rosan Roeslani.

But the plan is controversial, with some public-health experts saying it will steer limited vaccines toward middle-class and wealthy Indonesians connected with private companies instead of the elderly and most vulnerable. “It will only create inequity,” said Pandu Riono, an epidemiologist at the University of Indonesia.

Mr. Riono said it would be better if corporations donated to help the government boost vaccine supply for the entire population, instead of just for their owners, employees, and families.

The debate reflects the challenges facing developing countries as they work to vaccinate their populations with far fewer resources than wealthy countries.

Under the government’s new model, vaccinations will proceed on two tracks: public and corporate. In both cases, the shots will be bought from foreign vaccine suppliers by state-owned enterprises. But which vaccine a person gets and where they get it will depend on the track they are on.

For the continuing public vaccination drive, which began in January, the government has imported doses from Sinovac Biotech Ltd. and expects to add shots from

Those shots are administered free of charge, largely at public healthcare clinics, starting with groups such as medical workers and the elderly before reaching the broader population.

For the corporate drive, the state-owned pharmaceutical group, Holding BUMN Farmasi, is negotiating to acquire vaccines from

and Chinese state-owned Sinopharm. Meanwhile, Indonesian companies are placing orders to receive those shots, though the government hasn’t said what rates they will be charged. They must arrange for the shots to be given to their employees and employees’ families at private healthcare facilities and can’t pass on the costs to their workforce.

Should the Indonesian model of vaccination be replicated in other countries? Join the conversation below.

Siti Nadia Tarmizi, a senior official at Indonesia’s health ministry, said having businesses pay for their employees’ vaccinations would free up money for other virus-control measures, such as testing and tracing, and accelerate the path to herd immunity by involving private health facilities and not just public ones.

“If we have two systems working parallelly, we do hope we can speed up the process,” said Ms. Nadia.

Until now, Indonesia’s public vaccination campaign has been slow, with only around two million Indonesians receiving free vaccines. The government would need to inoculate the public at around 10 times the current pace to achieve its goal of vaccinating 181.5 million people by March 2022.

Corporations are looking for ways to get vaccines faster. Over 8,000 businesses have signed up for the corporate vaccination drive, according to the Indonesian Chamber of Commerce and Industry, which says it aims to have 30 million people inoculated via the program this year. Vaccines will be allowed for use only after they have been approved by Indonesian regulators, who have so far given the nod to Sinovac’s vaccine. They are expected to approve others in the coming months.

Mr. Roeslani, of the chamber of commerce, said Sinopharm vaccines for companies could arrive in Indonesia as soon as this month. He said distribution may be prioritized to businesses in areas experiencing severe outbreaks and those in labor-intensive industries such as garment manufacturing.

Holding BUMN Farmasi, the state firm negotiating the deal, declined to comment on the March timeline.

One company that has signed up is

TBK, a garment exporter with 33,000 employees in factories across Java island. The company continued making clothing throughout the pandemic but staggered working hours to prevent crowding as workers entered and left the factory and during lunch time.

its vice chief executive, said the company’s goal was to make vaccines available to workers as quickly as possible.

The company wants to give workers “ease of mind so they can focus on the job,” Ms. Sutanto said, adding that it will help them “become more productive than before.”

Ms. Sutanto said that her company has applied for vaccines for 63,000 people—roughly half of whom are employees, and the rest their close family. She said that her company would distribute the first batch of vaccines to those at greater risk of catching Covid-19, such as “frontliners” who take employees’ temperatures, and older employees, before working down to younger age groups.

Shinta Kamdani, chief executive of Sintesa Group, an investment holding company with interests in consumer products and property, also plans to use the corporate vaccination program to inoculate her company’s 3,000 employees. Ms. Kamdani said that one challenge during the pandemic has been that when employees have been infected with Covid-19, teams of workers must be sent home and office space closed down and disinfected.

Vaccinating employees should lower the chance of such disruptions. “Definitely productivity levels should rise up once you can control that,” Ms. Kamdani said.

Vaccinations have great urgency in Indonesia, where Covid-19 is far from contained. The country is averaging more than 5,000 cases a day despite low rates of testing. For much of February, around a quarter of Indonesians tested for Covid-19 reported positive results, far higher than the roughly 5% testing positive in neighboring Philippines and Malaysia, according to data from Our World in Data, a project based at Oxford University.

Some people critical of the corporate program say they support the government’s efforts to accelerate vaccination, but wish the program were designed differently. Dicky Budiman, an Indonesian public health researcher at Australia’s Griffith University, said private companies should consider vaccinating people in areas where they operate, even if they aren’t connected to the company.

Mr. Budiman says he worries about a situation where corporations vaccinate their employees, while elderly people living nearby have to wait for the public vaccine. “That is very unethical,” he said.

Mr. Roeslani, of the chamber of commerce, said some companies, especially in the mining industry, had proposed donating vaccines to communities where they operate. He said he supported the idea, but that the efforts should be voluntary.

Write to Jon Emont at jonathan.emont@wsj.com