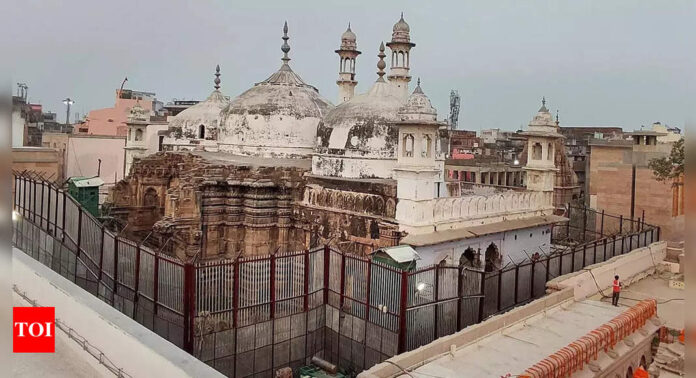 PRAYAGRAJ: Emphasising that the Gyanvapi-Kashi Vishwanath dispute was a “matter of national importance”, the Allahabad HC on Tuesday directed the Archeological Survey of India DG and UP’s additional chief secretary (home) to file their personal affidavits in the case within 10 days.
Justice Prakash Pardia said an earlier affidavit filed by the ASI DG was “very sketchy” and fixed September 12 as the next date of hearing of the case filed by the Gyanvapi management committee and others. The court extended the interim stay on the Varanasi court order directing ASI to conduct a survey of the mosque complex till September 30, 2022.
A short counter affidavit has been filed by respondent number 7. The aforesaid counter affidavit is also very sketchy and runs only into two and a half pages. Since the matter is of national importance, the director general, Archeological Survey of India, New Delhi, is directed to file his personal affidavit in the matter in ten days,” the order said.
The petitioners have challenged the maintainability of the original suit filed in 1991 in the Varanasi district court seeking “restoration of the ancient temple at the site where the Gyanvapi mosque currently stands”. In the suit, the plea was taken that the said mosque was a part of the temple.
On Tuesday, Ajay Kumar Singh, the counsel appearing for the plaintiffs – Pandit Somnath Vyas, Ramrang Sharma and Harihar Pandey on behalf of ancient idol Swayambhu Jyotirlinga Lord Visheshwarnath – argued the provisions of the Places of Worship (Special Provisions) Act, 1991 would not be applicable in this case. He said that from the reading of section 3, it is clear that it relates to the prohibition of conversion of a place of worship and from perusal of the plaint, the plaintiff did not seek conversion of the place.
“It is argued that the religious character of the place in dispute is a temple, which has existed since ancient times till today. Therefore, for better adjudication, the provisions of civil procedure code be applied here,” the counsel argued.
The Places of Worship Act bars filing of suit or any other legal proceedings with respect to conversion of religious character of any place of worship existing on August 15, 1947. As per the Act, no relief can be sought for changing the status of any religious place as it existed on that date.
On April 8, 2021, the Varanasi court of civil judge (senior division) had ordered a five-member committee comprising two Hindu, two Muslim members and an archaeological expert to oversee a “comprehensive physical survey” of the Gyanvapi mosque complex.
Aggrieved, the petitioners challenged the order passed by the Varanasi court in the HC, saying it was illegal and without jurisdiction, as the HC had reserved its judgment on the maintainability of the suit pending in the Varanasi court. Subsequently, the HC had on September 9, 2021 stayed the order of the Varanasi court.