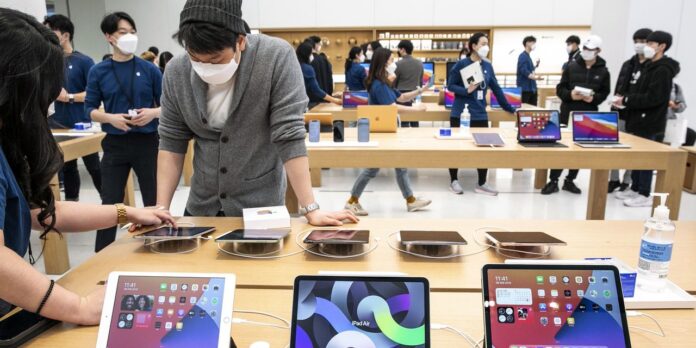 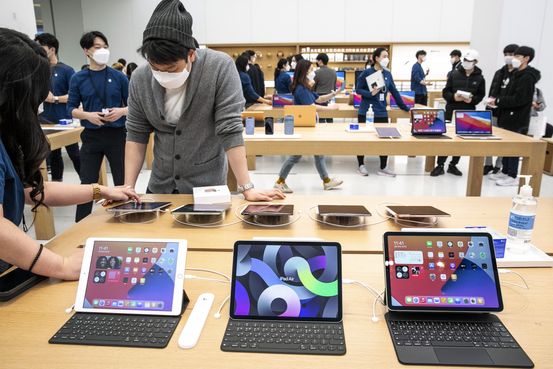 Apple Inc. signaled that the historic rise in sales it has achieved during the pandemic is set to continue, addressing a key investor concern as the company reported a profit that more than doubled to a record high for the first three months of the year.

New, more expensive models of the iPhone 12 have been a hit with customers, and revenue from Mac computers and iPads also rose during the quarter on strong demand from employees and students conducting their work at home.

Apple’s fiscal second-quarter results set new highs in what could be a record-setting year for profit and revenue. Analysts predict full-year profit will exceed $70 billion, nearly a third more than last year.

The Cupertino, Calif. company reported a profit of $23.6 billion in the latest quarter as revenue rose 54% to $89.6 billion, far exceeding Wall Street expectations. The company also announced a 7% increase to its cash dividend to 22 cents a share and that the board had authorized an increase of $90 billion to an existing share-repurchase program.