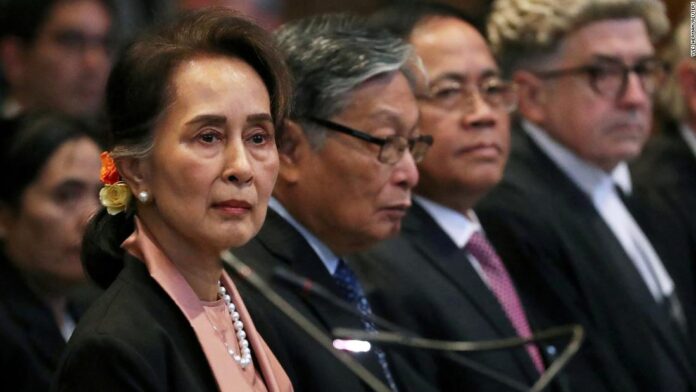 Friday’s verdict against Suu Kyi is the latest in a string of punishments meted out against the 77-year-old and means she now faces 20 years in jail.

However, this is the first time Suu Kyi — a figurehead of opposition to decades of military rule in the country — has been sentenced to hard labor since the country’s most recent military coup in 2021. She was given hard labor in a separate trial under a previous administration in 2009 but that sentence was commuted.

Friday’s trial related to the November 2020 general election that her National League for Democracy won with a landslide, defeating a party created by the military. Three months after that election the military seized power to prevent Suu Kyi’s party forming a government, alleging electoral fraud.

Suu Kyi and her party deny those allegations and say they won the election fairly.

She has also denied a string of other charges that have been brought against her in a series of secretive trials since she was detained more than a year ago.

Suu Kyi is currently being held in solitary confinement at a prison in the capital Naypyitaw.

Last month, state media outlets in Myanmar reported that a court had sentenced her to six years in prison after convicting her on four counts of corruption. That verdict, which raised her total prison time to 17 years, coincided with a visit by the UN’s Special Envoy on Myanmar, who had come to investigate the deteriorating human rights situation in the country.

Suu Kyi has also previously been found guilty of offenses ranging from graft to election violations.