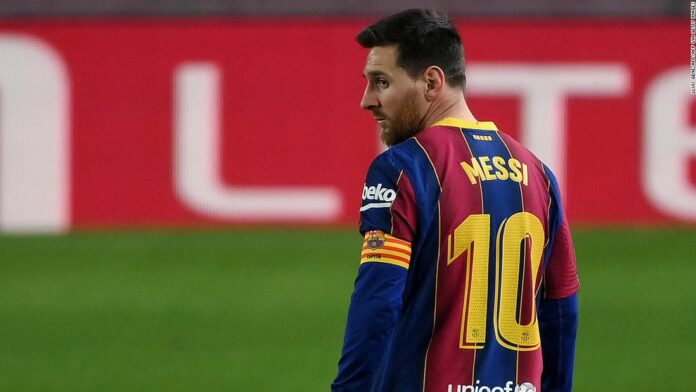 Messi has now drawn level with Xavi’s all-time appearance record for the club and the Argentine is very likely to break it when the team travels to face Real Sociedad in league on Sunday.

The 33-year-old celebrated his record-equaling achievement with another vintage performance in his side’s 4-1 win over Huesca.

He typically marked the occasion with two goals, the first of which was a spectacular strike from distance.

“What more can you say?” Koeman told reporters after the match. “His level over so many years, over so many games […] he’s the most important player in Barcelona’s history and thank goodness he’s still here with us.

“I think he’s shown he’s the best player in the world. The first goal he scored was fantastic, and he deserves to be the focal point of this team.”

Koeman has previously said he hopes to convince Messi to stay at his childhood club after the Argentine’s deal runs out at the end of the season.

Messi is currently free to enter into negotiations with other clubs over a potential move in the summer and there is likely to be no shortage of interest.

The Argentine made public his desire to leave last summer, and it has been looking increasingly unlikely he will sign a new contract.

The club and its fans will hope new president Joan Laporta can help convince him to stay, having previously served in the position from 2003 to 2010 — one of the most successful eras in Barca’s history when Messi became a household name.

“To play alongside Leo [Messi] is an absolute joy. I enjoy going to training everyday,” said 18-year-old Pedri, a key figure in the new generation of players coming through at the club.

“Whenever I get it, I try and pass to him because every time he touches the ball, something happens. It’s absolutely crazy what he’s achieving. He’s the best player in the world.”

Although Barca was knocked out of the Champions League by Paris Saint-Germain last week, the performance shows the club may now be heading it the right direction.