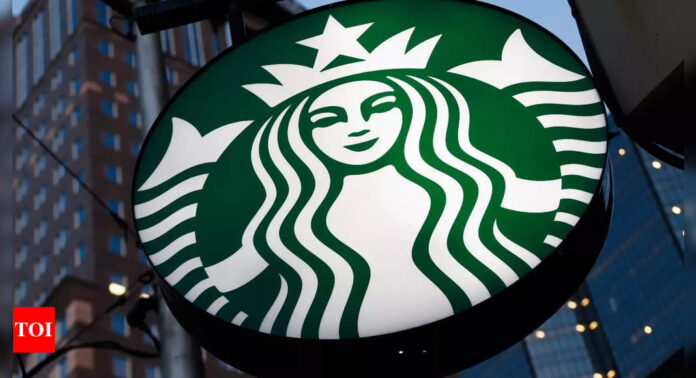 WASHINGTON: Yet another American c-suite has been assigned to a executive of Indian-origin. Starbucks, the storied global coffee house from Seattle, has hired former McKinsey and Pepsi executive Laxman Narasimhan as its next CEO, the company announced on Thursday.
Narasimhan, currently CEO of the British conglomerate Reckitt Benckiser, will step down on September 30 and move from London to Seattle in October, preparatory to taking over from Starbucks’ long-time CEO Howard Schultz next April.
“Laxman is an inspiring leader. His deep, hands-on experience driving strategic transformations at global consumer-facing businesses makes him the ideal choice to accelerate Starbucks growth and capture the opportunities ahead of us,” Schultz said in a statement.
“His understanding of our culture and values, coupled with his expertise as a brand builder, innovation champion, and operational leader will be true differentiators as we position Starbucks for the next 50 years, generating value for all our stakeholders,” he added.
Narasimhan on his part said he is “humbled to be joining this iconic company at such a pivotal time, as the reinvention and investments in the partner and customer experiences position us to meet the changing demands we face today and set us up for an even stronger future.”
Beyond the proforma bromides though, Narasimhan, 55, will move into one of the world’s most prominent corporate leadership roles at a time the company, with roughly 35,000 stores and 383,000 employees worldwide, is in ferment over unionization issues with allegations that is trying to bust union formation.
In fact, some critics of the company said the only one reason Starbucks has hired the new CEO is “because he spent nearly 20 years at a management position at McKinsey, the consulting co. credited with killing the labor movement in the 1960s & continues to help restructure companies to kill union efforts.”
Workers of the company’s fledgling unions welcomed Narasimhan’s appointment, saying, “We are hopeful that new Starbucks CEO will end Starbucks’ scorched earth union-busting campaign and instead choose to work with us. Now would be a great time for the company to end the wrongful terminations, store closings, and other attacks against partners.”
Unmindful of the brouhaha over labor issues, Indian-Americans exulted in another success story in a scroll of triumphs that has seen PIOs become CEOs of Microsoft, Google/Alphabet, FedEx, Adobe, and Deloitte among other companies.
“Yet another Indian heads an iconic American company. The humility & hard work ethic of Indians is strengthening corporate America like never before,” tweeted Asha Jadeja Motwani, a Silicon Valley entrepreneur and venture capitalist.
The Pune-born Narasimhan earned a mechanical engineering degree from the College of Engineering at Pune University and came to the United States in 1991 to attend the University of Pennsylvania’s Wharton School. He then joined McKinsey, where he spent 19 years, eventually becoming a senior partner before moving to PepsiCo in 2012. He was recruited as CEO by Reckitt Benckiser in 2019 to succeed another PIO Rakesh Kapoor.