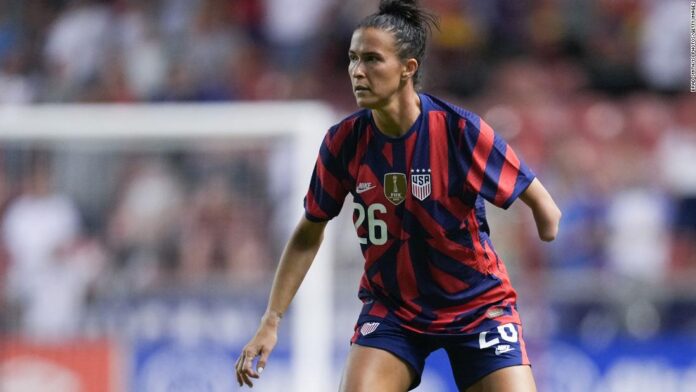 The 28-year-old, who was born without part of her left arm, has played for the North Carolina Courage in the National Women’s Soccer League (NWSL) since February 2021 when she was traded from Orlando Pride.

Pickett has become an integral part of her club; she was named to the 2021 NWSL First-Team Starting XI and was a finalist for 2021 Defender of the Year. This form was rewarded with a call up to the national squad.

“Carson did very well in training for us in the last week and with the management of minutes for Emily Fox that we had, we felt like Carson would be a good replacement, and I’m happy that she was able to perform well for 90 minutes,” US coach Vlatko Andonovski said, according to ESPN.

The US’ defense allowed Colombia just six shots — two of which were on target — and pressured the Cafeteras into an own goal in the 22nd minute.

A goal from Kelley O’Hara in the 77th minute, shortly after play was delayed due to a lightning strike near the venue, sealed the US’ victory in its final match before World Cup qualifying begins.

As part of the USWNT, Pickett hopes to use her platform to advocate for limb difference and limb loss awareness.

“While I know that I am confident and comfortable with showing my arm, I know there are so many people in the world who aren’t,” she wrote on Instagram in April, which is Limb Loss and Limb Difference Awareness Month.

“The feeling of being different and the anxiety of not fitting in is something that I have been through. Wearing sweatshirts in the dead heat of summer to hide my arm… I hope to encourage anyone who struggles with their limb difference to not be ashamed of who they are.”