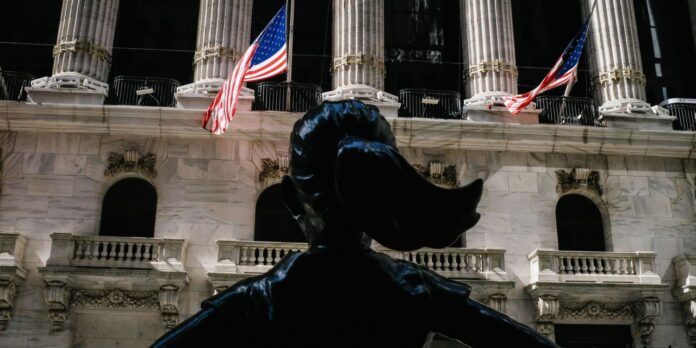 Last quarter’s extreme stock-price moves resurfaced an age-old quandary for company executives: Can they exert any influence over their share price?

Some company and investor-relations executives are attempting to steer a more stable course for their stock, and hope educating shareholders on the prospects of their company will help their cause. But their options are limited by what they don’t know, including who holds certain shares, as well as the dominance of passive investing.

The sharp reversal in some companies’ share prices last week, including ViacomCBS Inc. and

came after Archegos Capital Management and its banks began unwinding large holdings in blue-chip companies, capping a quarter of unusual trading activity. Such exaggerated stock moves, often without substantial changes to the businesses, have left corporate finance executives with a dilemma: They don’t want to be led by their company’s share price, but they can’t afford to ignore it either.

There is a lot at stake when a share price falls, including executive compensation, which often includes company stock. Shares that trade at a lower level for a sustained period can be costly. A smaller market capitalization eventually can result in a company’s removal from the index on which its stock trades. That in turn can affect its credit rating and its ability to raise funds from investors.

“The bottom line is there are really limited ways that a company or CFO can deal with a lot of these dynamics,” said Bill Zerella, the former finance chief of Fitbit who now runs the finances of used-car marketplace

Some executives try to set limits on how often and when they track their share price. Mr. Zerella said he checks the stock a few times a day. “[I] also rely on my [vice president] of investor relations to inform me if there are significant [stock] price moves,” he said.

chief executive at OptimizeRx Corp., which runs a digital health platform, said he gets a notice if there is a 5% swing in his company’s stock in either direction. OptimizeRx’s shares, which trade on Nasdaq, have risen more than 50% since the beginning of the year. They closed at $53.07 on Thursday.

Stocks were invented in Europe to pool cash for funding costly ventures in the Americas and elsewhere. Merchants combined their savings and received shares in companies set up as vehicles for these investments. Over time, share traders organized and created formal stock exchanges. In the U.S., brokers in 1792 signed the Buttonwood Agreement, which laid the groundwork for what became the New York Stock Exchange.

A share price, over time, is expected to reflect a company’s financial health and long-term performance, similar to the image of the weighing machine that has been attributed to economist Benjamin Graham, the author of the influential book “The Intelligent Investor.” In the short run, the stock market is a voting machine, but over time, it weighs companies, according to Mr. Graham.

“The market doesn’t always get things right minute by minute or day by day,” said

the CFO of burrito chain

“But if we continue to execute well on our key strategic priorities, we believe it will reward us appropriately in the long term,” he said.

Mr. Hartung looks at Chipotle’s stock daily, and the fast-food chain has seen its share price more than double in the past year. It closed at $1,438.46 on Thursday.

Company executives have been trying to take action that could help their company’s stock.

After Discovery’s stock price fell more than 25% in a week, the parent company of networks including HGTV, Food Network and TLC on March 26 released a statement reiterating its guidance and said it was ”pleased with the execution of its strategy.” The company’s Series A shares, which traded at about $20 for large parts of 2020, rose to nearly $80 before their drop last week. They closed at $43.31 on Thursday. Discovery declined to comment.

Bankers and investor-relations consultants advise companies to make such outreach to shareholders.

Companies also try balancing the shareholder base over time by attracting certain types of new investors to their stock. They usually start with finding out more about their current shareholders. Investment banks and other financial-services firms can provide weekly or monthly reports about large institutional shareholders, trading volumes, the amount of stock that is being shorted and other information.

has a platform that can give granular information about shareholders, including those that have specifically asked to be hidden, said SRAX Chief Executive Christopher Miglino. “Our sales have increased significantly over the past two quarters,” he said, attributing it to companies eager to know more about who owns their stock.

But, there are limitations to what executives can find out. There is no way to see if there are swaps or other equity derivatives used to trade a stock, or who is shorting the shares. In block trades, where a large chunk of stocks changes hands, companies learn about those only once a transaction is closed.

When Viacom on March 22 said it would launch a sale of $3 billion in new shares, its share price was over $100. Finance chief

described the move as opportunistic in a meeting with

Its share price has halved since then. Viacom ended up issuing $2.65 billion in equity and preferred stock. The media company declined to comment.

The Securities and Exchange Commission has held that investors aren’t required to disclose positions in equity derivatives unless they have voting power over the shares. But the blowup at Archegos Capital is spurring calls for tougher regulation.

The growth of passive investments that track the wider market further complicates matters, as they primarily follow algorithms and companies can’t communicate with such investors directly. At large companies, passive investors easily make up 50% of the market capitalization or more.

The Morning Ledger provides daily news and insights on corporate finance from the CFO Journal team.

Companies shouldn’t assume that their company automatically attracts long-term-oriented investors that share the management’s vision, said Mark Fasken, chief operating officer at technology provider Irwin. “When I hear CFOs saying, ‘My results will speak for themselves,’ I shake my head,” he said.

Executives have to work to diversify their company’s shareholder base, including reaching out to potential new investors, explaining the company’s strategy and allocating time with the CFO or other senior managers, said

chief executive of High Touch Investor Relations, an investor-relations firm. Targeting specific shareholders is a laborious process but over time can result in robust trading volumes and higher market capitalization, she said.

“The only things you can really control is your own execution of the business, and trying to get investors in your stock who are long-term-oriented and who are going to hold,” Mr. Zerella said.

—Kristin Broughton and Benjamin Mullin contributed to this article.

Write to Nina Trentmann at nina.trentmann@wsj.com