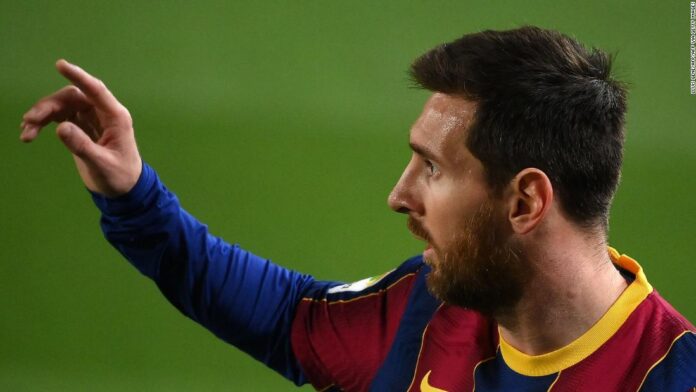 The upcoming election — to be held on Sunday, just days after four senior officials were arrested — is arguably the most important in the club’s history and comes at a time of crisis that appears to be deepening by the day.
Historic debts, reported by Spanish newspaper El Mundo to be more than one billion dollars, forced Barcelona into a fire sale of some of the most important figures in its playing squad during the summer transfer window.

The rebuilding of its decimated squad, proven once again in the recent 4-1 hammering against Paris Saint-Germain to be well below the standard of its European rivals, is one of just many headaches facing the incoming president.

Top of the list, however, is the future of club talisman Lionel Messi. The Argentine made public his desire to leave Barcelona last summer and it looks increasingly unlikely he will sign a new contract, meaning the greatest player in the club’s history can walk away for free at the end of the current season.

“Many, many, many millions of debt for Barcelona, the worst financial situation in history,” Catalunya Radio journalist Ernest Macià tells CNN.

“On the pitch, we can discuss it, but it seems evident that when the Champions League arrives, Barcelona again commits a public suicide in front of millions of people, receiving so many goals and making it so difficult even for players like Messi who love the club and probably would like to stay at Barcelona in different circumstances.

“At this point it’s not easy to see Messi here next year, although there are many, many different variables intervening in this equation. So we will see what happens in the end because elections will take place this weekend and this is another variable in this equation, who becomes president.”

READ: ‘More than a Club?’ How FC Barcelona ‘lost its soul’
Back in February, Barcelona issued a statement to say it “categorically” denied responsibility for the publication of Messi’s $672 million contract in El Mundo.

The contract would make Messi the highest paid athlete in sports history and the club said it would take legal action against the newspaper “for any damage that may be caused as a result of this publication.”

The leak only served to increase tensions between Messi and the Barcelona hierarchy, which had already been stretched to breaking point after the Argentine aimed a thinly veiled dig at the board in an emotional farewell to former teammate Luis Suarez.

Barcelona’s financial problems have been exacerbated by the club’s move away from promoting players from its famed La Masia academy — which has developed the likes of Messi, Pep Guardiola, Andres Iniesta and Xavi — to the first team, instead choosing to spend vast transfer fees and wages on already established stars.

Barcelona has reportedly spent more than $1 billion on transfer fees since the 2013/14 season and many believe this change is philosophy has eroded the club’s ‘More than a Club’ mantra, which is still painted into the seats of its historic Camp Nou stadium.

Even with Messi, Barcelona’s future looks bleak; without him, however, things start to look dire.

It is on exactly that premise that one of the presidential candidates is hanging his hat. Joan Laporta, one of three men standing, is the current favorite to win the election and was previously president from 2003 until 2010, presiding over one of the most successful era in the club’s history.

During his previous reign, Barcelona won 13 major trophies, including four La Liga titles and two Champions Leagues and he will be hoping that nostalgia and banked goodwill is crucial to securing another term.

“Joan Laporta is, let’s say, closer to Leo Messi and the players because they lived together the best moments in their stories and their lives,” Macià says.

“According to the polls now, Joan Laporta is first. There have been debates and anything can happen because a lot of people have voted via mail and it remains to be seen what influence these votes, for the first time in history, will have.”

The other candidates are Victor Font and Toni Freixa, who may “split the votes,” Macia says, something that would ultimately benefit Laporta.

Crucially, Font has received the backing of former Barcelona captain Carles Puyol and has predicated some of his presidential campaign on the idea of club legend Xavi returning to become the new head coach.

Freixa, conversely, has given his backing to current head coach Ronald Koeman to continue the job he was given only last summer, but has also outlined a long-term plan that would see Xavi initially take over the Barcelona B team.

The election will be decided by votes from more than 111,000 club members — or ‘socis’ in Catalan — most of who are fans of Barcelona. Due to the coronavirus pandemic, 22,811 members have asked to vote via mail, while the remaining 87,479 will vote in person at one of six stations located in the cities of Barcelona, Girona, Lleida, Tarragona, Tortosa and Andorra.

Macia believes this Sunday’s results are the most consequential in the club’s history. It’s certainly difficult to think otherwise.