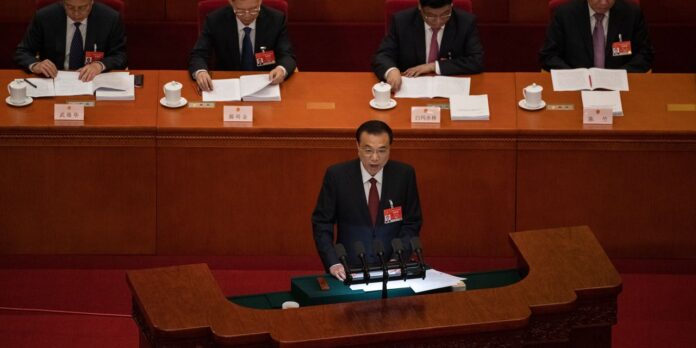 SINGAPORE—China upped the stakes in its tech race with the U.S. as leaders laid out plans to speed up development of advanced technologies from chips to artificial intelligence and quantum computing over five years.

In a draft economic blueprint unveiled at the country’s annual legislative gathering, officials said they would boost research and development spending by more than 7% annually over the five years to the end of 2025. That will account for a higher percentage of gross domestic product than in the previous five-year period.

said in a speech Friday that China will revise regulation and policies to support the flow of venture capital into startups, free up bank lending and extend tax incentives to encourage research and development.

Economists and industry analysts say China’s 14th five-year plan stands out for its emphasis on advanced technologies and innovation. It also included China’s vision for 2035, when the country expects to have “significant breakthroughs on core technologies and seeks to be among the most innovative nations globally.”

China’s leaders are pushing to rival the U.S. in cutting-edge technologies and in developing an independent supply chain to wean companies off dependence on American suppliers. The initiatives follow a bruising few years in which the Trump administration piled restrictions on Chinese companies such as Huawei Technologies Co. that cut off access to some critical components.

The Biden administration is conducting a broad review of U.S. policy on China technology and is seeking to enlist allies to stay ahead of Chinese advances.

There is pressure to do more. Senate Majority Leader

(D., N.Y.) has asked U.S. lawmakers to craft a bill to counter China’s rise in technology, based on an earlier proposal to spend $100 billion over five years funding basic research in areas such as artificial intelligence, high-performance computing and advanced manufacturing.

“Both countries are fighting to develop the same technological strengths,” said

an economist at OCBC Bank based in Singapore.

Mr. Li on Friday committed to boosting Chinese central government spending on basic research by 10.6% this year and formulating a decadelong action plan. Basic research—the field of scientific research that leads to new knowledge breakthroughs and is viewed as key to advancements in technology—is one area in which China has traditionally lagged behind the U.S.


— Alex Capri, a senior fellow at the National University of Singapore’s business school

a senior fellow at the National University of Singapore’s business school. Other cutting-edge technologies will allow the country to extend its military capabilities in the Indo Pacific, play a leading role in the militarization of space, digital trade and commerce, and in work on an ecosystem around digital currency, he added.

China’s role is already growing. The country recently overtook the U.S. in terms of the number of journal citations on artificial intelligence, according to a Stanford University report this month.

China likely had 690,000 5G base stations—boxes that blast 5G signals to consumers—up and running across the country by the end of 2020, compared with 50,000 in the U.S., according to International Business Strategies Inc., a research firm. The latest five-year plan sets a goal of raising the percentage of 5G users in China to more than 50%, and to lay the groundwork for 6G networks.

Still, America eclipses China in terms of basic research and R&D funding. China’s five-year plan expects spending on basic research to be 8% of all R&D spending in the years to 2025.

an official at the Ministry of Science and Technology. In contrast, the U.S. spent $97 billion on basic research in 2018, about 17% of total U.S. R&D spending, according to a report by the National Science Foundation in 2020.

China also lags behind the U.S. in other crucial technologies. The blueprint reiterates China’s desire to become a strong manufacturing nation to increase competitiveness in aircraft development, robotics and new-energy vehicles.

China’s first commercial airliner, the C919 narrow-body plane, is still not certified by the country’s regulators, even though it was unveiled in 2017.

The plan calls for critical parts of supply chains to remain within the country. Establishing world-class domestic chip makers has become more pressing for China in the face of U.S. curbs on Shanghai-based

, which was added to the U.S. Commerce Department’s blacklist last December over alleged links to the Chinese military.

China’s authoritarian government has an outsize role in the economy and such plans carry a lot of weight. Local government ministries and both public and private companies tend to craft their development policies and expansion goals around the five-year plans.

—Qianwei Zhang contributed to this article.

Write to Liza Lin at Liza.Lin@wsj.com