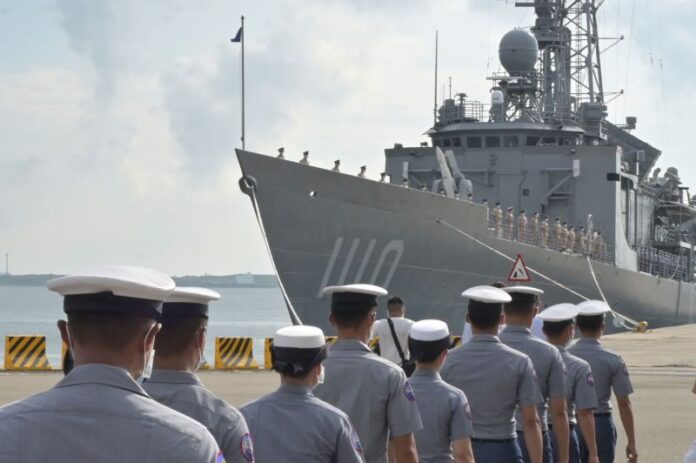 China has warned the United States it will take “counter-measures” after the Biden administration approved more than $1.1 billion in arms sales to Taiwan.

Chinese embassy spokesman Liu Pengyu said Saturday China was “firmly opposed” to the sales, which “severely jeopardize China-US relations and peace and stability across the Taiwan Strait,” and called on Washington to “immediately revoke” them.

Liu’s comments on Twitter came after the Biden administration on Friday formally notified Congress of the proposed sales, which include up to 60 anti-ship missiles and up to 100 air-to-air missiles.

The State Department said the sales are in line with a longstanding US policy of providing defensive weapons to the island and described the “swift provision” of such arms as being “essential for Taiwan’s security.”

China, however, has accused the US of interfering in what it sees as its internal affairs.

China’s Communist Party claims Taiwan, a self-governing democracy, as part of its territory – despite never having governed it – and has long vowed to “reunify” the island with the Chinese mainland, by force if necessary.

“The US interferes in China’s internal affairs and undermines China’s sovereignty and security interests by selling arms to Taiwan,” Liu tweeted.

“It sends the wrong signals to ‘Taiwan independence’ separatist forces and severely jeopardizes China-US relations and peace and stability across the Taiwan Strait,” Liu said.

He called on the US to “honor its commitments to the one-China principle” and ended his series of tweets by saying Taiwan is “an inalienable part of the Chinese territory” and warned China will “resolutely take legitimate and necessary counter-measures.”

China had warned Pelosi against making the trip, and responded by ordering days’ worth of military drills around the island after she had left.

Taiwan said Saturday it “highly welcomes” the latest arms sales and thanked the US government for “continuing to implement its security commitments to Taiwan.”

“In response to China’s recent continuous military provocations and unilateral changes in the status quo and creating crises, Taiwan’s determination to defend itself is extremely firm,” Taiwan’s Ministry of Foreign Affairs said in a statement Saturday.

“This batch of arms sales includes a large number of various types of missiles that are needed to strengthen Taiwan’s self-defense, which fully demonstrates that the great importance the US government attaches to Taiwan’s defense needs, assisting our country to obtain the equipment needed for defense in a timely manner and to enhance our national defense capabilities.”

In an incident that underscored the heightened tensions, Taiwan’s military shot down a drone hovering over one of its island outposts just off the Chinese coast on Thursday.

A day earlier, Taiwan said it had warned off drones hovering over three of the islands it occupies off the coast of the Chinese port city of Xiamen.