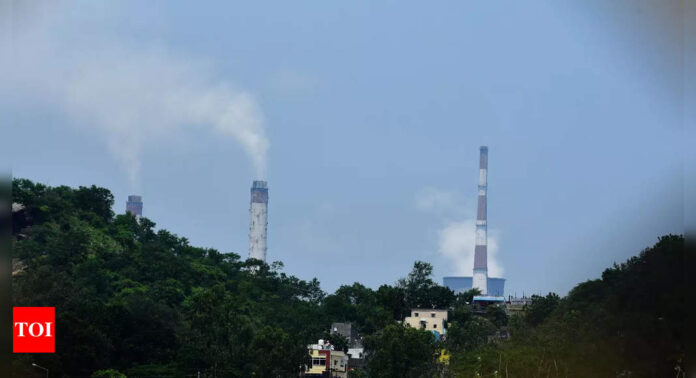 NEW DELHI: After extending deadlines twice for coal-based power stations to implement emission standards notified in 2015, the environment ministry has once again extended the timeline for installing pollution control technologies.
The latest notification, issued on Monday, has extended this deadline for retiring units (older than 25 years) to December 31, 2027 and for non-retiring units to December 31, 2026. It also extended the implementation timeline for power plants within 10 km radius of Delhi-NCR and million-plus population cities to December 31, 2024 from the earlier deadline of December 31, 2022.
On the other hand, new deadline for power plants located in 10 km radius of critically polluted areas has been extended from December 31, 2023 to December 31, 2025 whereas new the deadline for all other power plants across the country will be December 31, 2026 against the earlier deadline of December 31, 2024.
Under 2015 notification of emission norms for control of sulphur dioxide (SO2), NOx and mercury from coal-fired power plants, all these plants were required to achieve the target for emission standards and install flue gas desulphurisation (FGD) — the process of removing sulphur compounds from the exhaust emissions of fossil-fuelled power stations — by December, 2017.
“The emissions norms were put in place, recognising the coal-based power plants as a major factor contributing to air pollution and resulting mortality. But these extensions in implementation show that the interest of polluters prevails more than public health in India, and that needs to stop immediately,” said Sunil Dahiya, analyst at Centre for Research on Energy and Clean Air (CREA).
The units which have plans to retire before December 31, 2027, will now be exempted from installing FGD, and instead they will just have to submit an exemption request to the Central Pollution Control Board (CPCB) and Central Electricity Authority (CEA) citing the grounds for retirement.
The CREA’s findings show that out of a total 35 units (33 units within 300 km radius of Delhi-NCR and two beyond), only six units have installed FGD or Dry Sorbent Injection (DSI) for controlling SO2 emissions as on date, leaving 29 units without any SO2 controls.