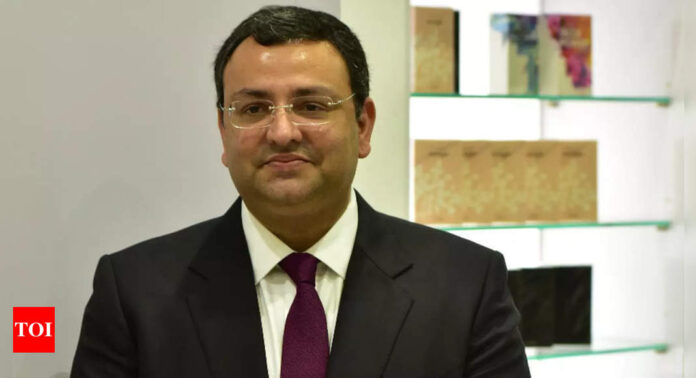 MUMBAI: Calling Cyrus Pallonji Mistry’s death shocking, Prime Minister Narendra Modi tweeted, “He was a promising business leader… His passing away is a big loss to the world of commerce and industry.” Tata Sons chairman N Chandrasekaran said Mistry had a passion for life and it was tragic he died at just 54.
Soft-spoken, easy-going, Cyrus was youngest to head Tata Group
Until a decade ago, Mistry was little known in business circles. He did not enjoy the limelight, preferring to work behind the scenes at his family’s construction and real estate business, Shapoorji Pallonji & Co (SP). But he hit headlines when he was named the sixth and youngest chairman of Tata Sons at age 44 in 2012. Though reluctant to step into the big shoes of Ratan Tata, he accepted the responsibility after some persuasion from his predecessor and other family members.
He was the second chairman after Nowroji Saklatwala – who led Tata Sons from 1932 to 1938 – to not bear the Tata surname. Cyrus, the brother-in-law of Noel Tata, half-brother of Ratan Tata, gave up his operational role in SP to take up the assignment at Tata Sons. People described him as soft-spoken with an unassuming exterior; affable with an easy-going attitude. “You gave me an opportunity no one else would have and mentored me with patience. (You) let me argue in front of others which no other promoter would have tolerated,” tweeted Nirmalya Kumar, who headed strategy at Tata Sons when Cyrus was the chairman. After four years at the top, Cyrus was ousted from Tata Sons in a boardroom coup in 2016 which brought Ratan Tata back as chairman. Cyrus’s tenure at the helm had been the shortest.
“When he joined the Tata Group, he set as a priority the befriending of a large number of people in the group. He made the effort to connect with them and get to know them in a very short period of time. He came to grips with the challenges of the job. Hindsight suggests that, in the process of consultation and execution, he was misunderstood or he misjudged, or a bit of both,” said former Tata Sons director R Gopalakrishnan. Cyrus’s removal sparked a showdown between him and the holding company of the $103-billion Tata conglomerate, in which SP has held a stake since 1965.
When he was with Tata Sons, he never gave an interview, but he spoke up after his exit. The legal battle between Cyrus and Tata Sons ended recently with the Supreme Court dismissing the former’s allegations. The sudden demise of Cyrus (54), is the latest blow for the SP group-whose patriarch Pallonji Mistry, Cyrus’s father-died in June at the age of 93. Established in 1865, SP is known for iconic constructions like the Reserve Bank of India in Mumbai, the Presidential office in Ghana and the Palace of HM Sultan Qaboos bin Said al Said in Muscat. After Cyrus’s stint in Tata Sons, he did not take back management control at SP (his older brother Shapoor is the chairman of the company). Instead, he had carved out something for himself. He floated a venture capital fund, Mistry Ventures, to back startups. “One of the sharpest minds I have come across,” said close pal and partner of law firm Desai and Dewanji, Apurva Desai.
Cyrus and his brother have a combined net worth of $29 billion, majority of which is derived from SP’s 18.4% stake in Tata Sons. They own equal stakes in SP. After the legal case with Tata Sons ended, Cyrus shifted to Dubai and was overseeing SP’s international operations, making monthly trips to Mumbai. His two children, Firoz and Zahan, have recently joined SP.