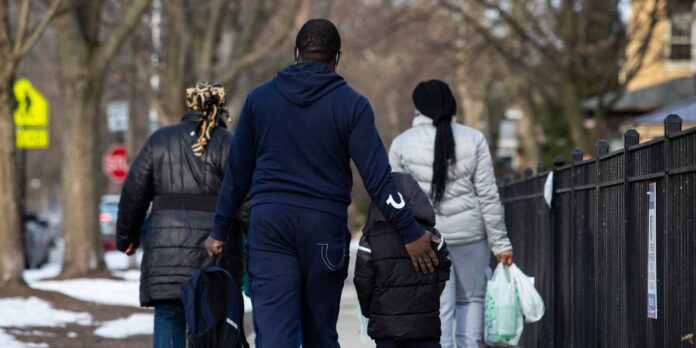 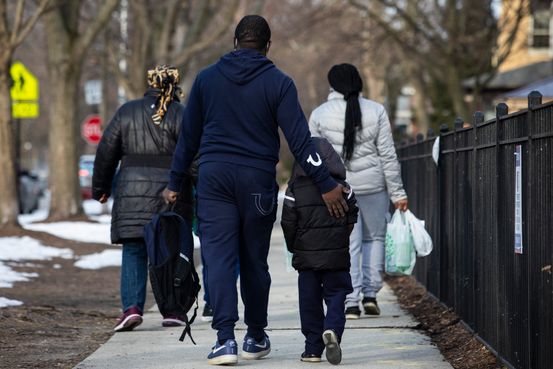 WASHINGTON—Democrats are resorting to a well-worn tactic for their plan to expand the child tax credit: Push for a short-term policy, then highlight the consequences of letting it expire as scheduled.

The expansion of the credit would send money to households, increasing the benefit to $3,000 a child from $2,000 while adding a $600 bonus for children under age 6. It is a key piece of the $1.9 trillion pandemic-relief plan that the House passed on Saturday and that the Senate will consider this week.

Advocates say the bill would cut child poverty in half. But that larger credit is scheduled to last only through 2021, and its backers are already warning what will happen if it expires and urging a permanent extension.

Is expanding the child tax credit the best way to tackle child poverty? Why or why not? Join the conversation below.

“We’re really confident that Congress is not going to want to double the child poverty rate in this country,” Sen.

Once the larger credit is in place, it won’t go away, regardless of the Dec. 31 expiration date, predicted

a former Senate GOP aide who is now a senior fellow at the Manhattan Institute, a conservative think tank.

“History suggests that any temporary child-credit expansion will become permanent,” said Mr. Riedl, who added he is agnostic on the policy but thinks it should be paid for.

Congress has been down this path before. The 2001 and 2003 tax cuts, championed by then-President

included a 2010 expiration date. As it approached, Republicans warned that inaction would mean enormous tax hikes. Congress then kicked the expiration date back and removed it in 2013 for almost all taxpayers.

Similarly, pieces of the 2009 stimulus law became permanent in a 2015 deal. And Republicans are already arguing to extend provisions of the 2017 tax law set to expire after 2025, including a bigger standard deduction, lower individual tax rates and a larger estate-tax exemption.

Democrats are now running much the same play. A permanent change to the child tax credit has been their goal all along. They have been limited by a desire to keep long-term policy changes out of the pandemic-relief package and by political constraints on its cost. The one-year tax-credit expansion costs more than $100 billion, according to the congressional Joint Committee on Taxation, so a permanent extension would cost more than $1 trillion over a decade.

Currently, Americans can claim up to $2,000 a child as a tax credit, which begins to phase out when income hits $200,000 for individuals and $400,000 for married couples. Millions of very low-income households don’t get the full credit because they don’t pay enough tax or earn enough income to take advantage of it.

The Democratic plan would increase the credit, make it entirely refundable and authorize periodic payments. Low-income households would get the full amounts throughout the year even if they don’t pay income taxes or have any earnings. The expanded amounts would start phasing out once income hits $75,000 for individuals and $150,000 for married couples; no one would get less than they do now.

“
‘History suggests that any temporary child-credit expansion will become permanent.’
”

The House bill got no Republican votes, and even the child tax credit’s leading GOP backers have expressed skepticism about the Democrats’ plan. Sens.

(R., Utah) have criticized the idea of a fully refundable credit that would break the current credit’s link to earned income.

“The need for temporary child-care assistance for some families is real, but converting a tax credit into an automatic cash payment that no longer incentivizes work, costs taxpayers an additional $100 billion and positions the child tax credit up to become a permanent entitlement program is the wrong approach,” said Rep.

The Democrats’ proposed features will help the credit’s staying power by giving it broad appeal to many voters, said Joshua McCabe, a sociologist at Endicott College.

“If they had just done full refundability, then it would be relatively easy to throw the poor under the bus when it came time to expire,” he said. “If you’re in the same boat as middle and working class, then you’re good.”

As with the 2001, 2003 and 2017 tax cuts, the plan’s Dec. 31 expiration date is driven partly by the constraints of budget reconciliation, the process Democrats are using to pass the bill without Republican support in the Senate. Reconciliation bills can’t increase deficits beyond a 10-year period. That rule often leads lawmakers to set expiration dates.

The lawmakers who have been refining their child tax credit plan for years are preparing to turn to an extension soon. They include Mr. Bennet, Sen.

There is some bipartisan backing for expanding the credit or extending the $2,000 amount, itself set to expire after 2025. In contrast to their more frequent opposition to direct spending programs, Republicans have offered support for the credit as a pro-family tax cut. Sen.

(R., Utah.) proposed a credit expansion but paired it with cuts in existing programs.

Democrats, who can extend the credit without any Republican votes, also will be weighing competing priorities for legislative attention and money as they move past the coronavirus crisis and turn to infrastructure, climate change and immigration.

During the campaign last year, President Biden supported the credit’s expansion through the duration of the economic crisis. He told House Democrats on Wednesday that he supports a permanent extension, according to a Democratic aide. The White House didn’t immediately comment.

Mr. Biden has said he wants any permanent policies to be paid for, but the magnitude of any contemplated tax increase would be limited by the need to win support from moderate Democrats.

“We don’t have all the pieces of the puzzle yet as to the full math equation we’re working with,” said Michelle Dallafior, senior vice president for budget and tax at First Focus for Children, an advocacy group. “But what I’m optimistic about is the momentum is there.”

—Catherine Lucey contributed to this article.