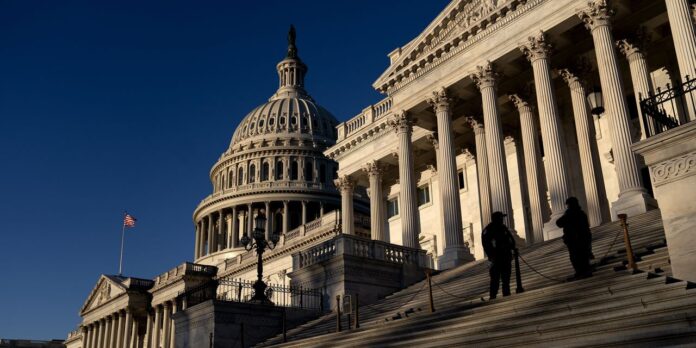 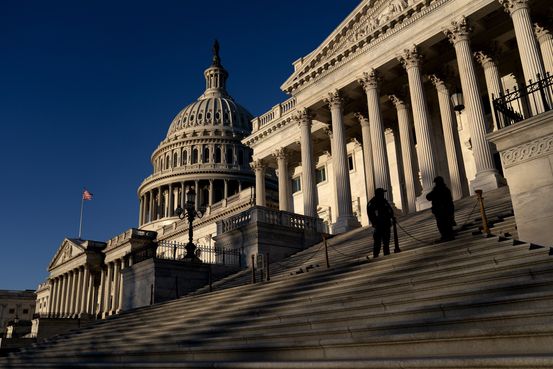 WASHINGTON—Centrist Senate Democrats were expected to secure a modest change to the $1.9 trillion relief package Wednesday, tightening eligibility for some of the direct payments that will be sent out to many Americans, according to people familiar with the change.

But party leaders resisted a push to slim down the size of weekly federal unemployment benefits as they worked to wrap up negotiations on the bill and begin votes in the Senate.

Senate Majority Leader Chuck Schumer (D., N.Y.) said Wednesday the chamber could begin voting as early as Wednesday night on the bill, which he described as “the single largest antipoverty bill in recent history.”

President Biden signed off on the last-minute alterations to the direct payments, which would shrink the $1,400 checks to zero more quickly for individuals making more than $75,000 and married couples making more than $150,000, according to Democrats familiar with the changes.

“This is a fair way forward,”

of Michigan, a member of Senate Democratic leadership, said of maintaining the income thresholds, but accelerating the speed at which checks are phased out. “I think that’s a reasonable compromise.”

Democrats are expected to approve the legislation in the Senate without Republican support. GOP lawmakers have attacked the size of the proposal, arguing that it is wasteful and unnecessary after the last relief package. They also cited the stepped up pace of vaccinations nationwide and economists’ expectations for a recovery in jobs and growth this year.

“This is far, far out of proportion to what’s needed now, with vaccines going into arms and the economy already primed to literally roar back,” Senate Minority Leader Mitch McConnell (R., Ky.) said Wednesday. He criticized the payments to state and local governments and said the supplemental unemployment payments would “keep workers at home when we should be focusing on rehiring.”

Democrats have cast their bill as a necessary measure to buoy the economy and return life to normal. It is likely to take months for the country to reach herd immunity, medical experts say, and another resurgence in the coronavirus could cause more businesses to close or again scale back operations.

“We’ve come a long way, but we have a long way to go,” Mr. Schumer said on the Senate floor Wednesday. The relief package “is designed to build on our early progress and finish the job, to help our country get through the final months of the crisis and then, equally important, bring our economy roaring back.”

Centrists weren’t successful in their push to whittle the size of weekly federal jobless aid down to $300, from the $400 level passed by the House, where it is expected to remain in the Senate bill, according to people familiar with the discussions.

said Wednesday that Mr. Biden “was pleased with the progress that is being made on the rescue plan.”

Senate Democrats will make the changes to the legislation passed in the House in an amendment. Democrats were waiting to get an official estimate of the bill’s cost, to make sure it complies with the process being used to pass the bill with just a simple majority. Lawmakers will then move forward with procedural votes on the package, setting up hours of debate and a blitz of amendment votes known as “vote-a-rama,” before voting on its final passage later this week or weekend.

The bill passed by the House early Saturday morning would provide $400 a week in federal unemployment benefits, send $1,400 direct payments to many Americans, $350 billion to state and local governments, expand a child tax credit and beef up funding for vaccine distribution and schools, among other measures.

Once the Senate has approved the legislation, it will return to the House, which must approve the changed bill. Some liberal House Democrats had resisted the idea of targeting the direct payments more narrowly. Democratic leaders can lose no more than four votes in the House if all Republicans oppose the bill, as they did last week.

“It’s not what I would have preferred, but we have to get this package done,” House Rules Committee Chairman

Some moderate members of the Democratic caucus have also discussed shifting some of the $350 billion in state and local funding to other areas, including healthcare providers and broadband access.

The changes to the structure of the direct payments could lead to some odd effects for households just above the $75,000 and $150,000 thresholds.

They would have incentives to find ways to reduce their adjusted gross incomes to get larger payments. That fast phaseout—on top of existing tax rates and phaseouts of other tax breaks—would effectively create very high marginal tax rates for those households.

A married couple with two children making just over $150,000 could face effective marginal income-tax rates approaching or exceeding 100%, said Kyle Pomerleau of the American Enterprise Institute. That means every additional dollar they make would cause them to pay about an additional dollar in taxes.