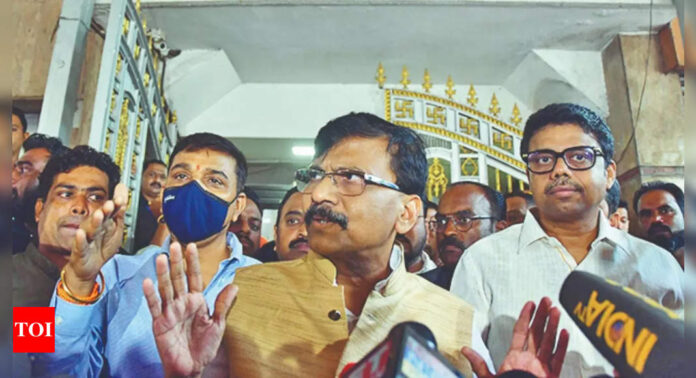 MUMBAI: The Enforcement Directorate (ED) has rejected Shiv Sena MP Sanjay Raut‘s request seeking an exemption until July 7 citing a busy schedule. The agency issued a second summons for Friday to record his statement in a money laundering case.
Raut, who is being probed in a money laundering case linked to properties acquired by his wife and associates, failed to turn up at the ED’s zonal office in Ballard Estate on Monday. Instead, he wrote to the central agency asking for an exemption from questioning until July 7. The ED declined the request and issued a second summons for Friday.
The ED is investigating two separate money laundering cases against Dewan Housing Finance Corporation Ltd and Housing Development and Infrastructure Ltd groups along with persons connected with them. Among documents seized in the two cases, the ED said it has found entries believed to connect Sanjay Raut to the companies.
Raut has sought to paint the central agency’s action as a politically motivated move aimed at curbing his activities amidst the crisis in Shiv Sena. Raut called it “a conspiracy to stop me.”