Sushant Singh Rajput’s untimely death left the nation in a state of shock. His friends, fans and colleagues are still trying to deal with this unfortunate reality. However, his death led to several discussions around mental health, nepotism in Bollywood and the power structure in the film industry. Actress Mrunal Thakur also made it to Bollywood from Television just like Sushant Singh Rajput. In an exclusive conversation with Bollywood Hungama, Mrunal Thakur opened up about her thoughts on the events that unfolded after the demise of Sushant Singh Rajput. 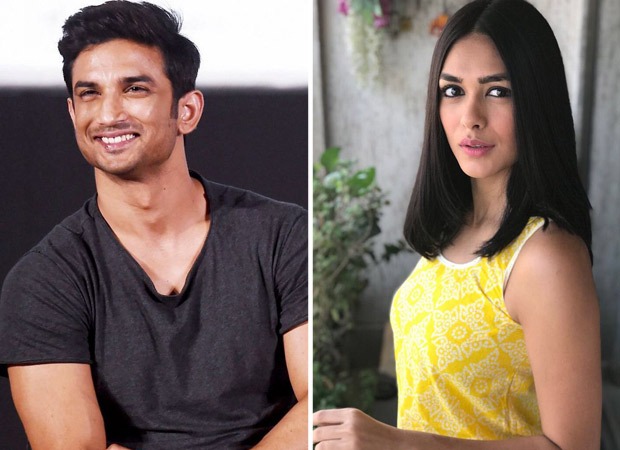 “We honestly don’t know what he went through. All we know is that he is a good person. Let us all do things that Sushant would want us to do. He always wanted to give a lot of love. I feel after Sunday there is a lot of negativity. Suddenly, out of the blue people have started talking about mental health and suddenly there are lots of people reaching out to me, who have never even messaged me for years. But in such circumstances, you need to realise that your life is like an Uber and you need to drop off people who are not going to stand by your decisions and you need to keep people close who are going to stand by your decisions no matter what. So this was the period I realised who are mine and who are not,” she said.

The actress further said that Sushant should be an inspiration for all who want to become actors and hail from small towns. “There is constant fear but I am just going to make sure that I give a reason for all the youngsters who want to make their career in acting. and I just want to tell their parents don’t hesitate. We have to build many many Sushant Singh Rajputs and we have to make sure that their children from small towns can also play biopics like MS Dhoni and many other inspiring characters like these,” Mrunal said.