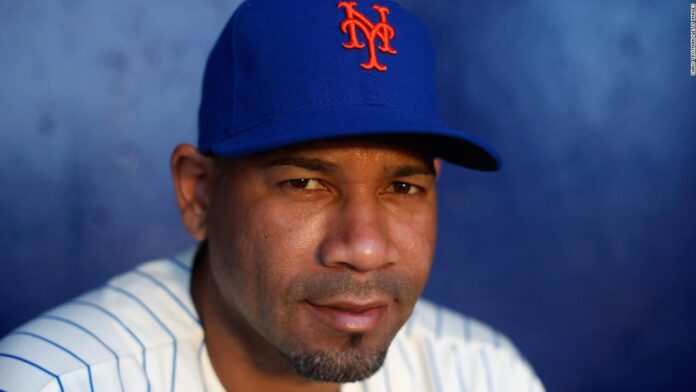 “The Mets are so saddened to hear of the loss to their family today. Pedro Feliciano will be remembered as a beloved member of the Mets organization for his impact as a great teammate as well as his reputation as one of the most competitive, durable and reliable relievers during his time in Queens. Our thoughts and prayers are with the entire Feliciano family. Rest in peace, Pedro.”

A pitching stalwart for the Mets, Feliciano pitched for the team in several stints from 2002-10, and later in 2013. Nicknamed “Perpetual Pedro,” Feliciano led the league in appearances in three consecutive seasons from 2008-10 and is the last pitcher to throw in 90+ games in a season.

“I never had to call down to the ‘pen to see if he was ready,” former Mets manager Willie Randolph said, per MLB.com. “He always was. I know sometimes he had to be tired, but he never let us know.”

Randolph added: “Forty-five is too young to die.”

In 2013, Feliciano revealed he was diagnosed with a rare genetic heart condition that wasn’t considered life-threatening and wore a heart monitor during spring training while on a minor league deal with the Mets.

Feliciano finished his career with a 3.33 earned run average and ranks second in Mets history with 484 career appearances, behind John Franco (695). He also represented Puerto Rico at the World Baseball Classic in 2006 and 2009.