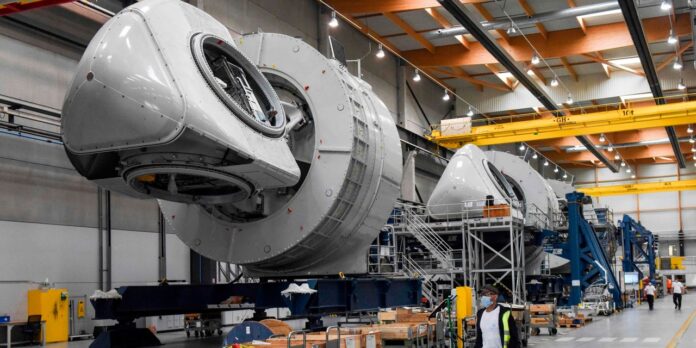 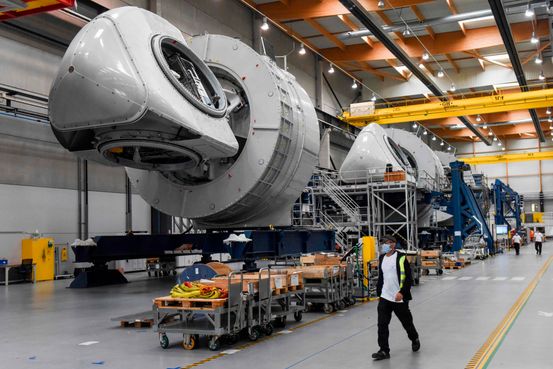 reported lower revenue and a loss in its first quarter as the company’s jet-engine business and divestitures weighed on its latest financial results.

GE’s revenue fell 12% to $17.1 billion, reflecting a 28% decline in its aviation unit and a 9% drop in its healthcare unit after selling off part of the business. The company had a quarterly net loss of $2.8 billion, compared with a profit of $6.2 billion a year ago. The results include a $2.9 billion loss from the planned sale of GE Capital’s jet leasing business.

The industrial company said excluding discontinued operations and other one-time charges its industrial free cash flow was negative $845 million in the first quarter, an improvement from burning $2.2 billion in the year-ago period. On that basis, it had adjusted earnings of 3 cents a share, compared with analysts’ forecasts for a 1-cent profit.

GE backed its previous 2021 financial projections, including cash flow of $2.5 billion to $4.5 billion from the industrial operations, along with adjusted earnings of 15 cents to 25 cents a share.

The company has been slashing costs in its aviation unit and streamlining its power business, while shrinking its debt load through asset sales including the deal to shed its jet leasing business last month.

The coronavirus pandemic continues to pressure GE’s jet engine business, its largest division, but the overall results showed progress in the yearslong turnaround of the company that also makes healthcare machines and power-generating equipment.

The aviation division’s revenue fell 28% to $5 billion. GE has previously said it expects the aviation market to begin recovering in the second half with 2021 revenue in the division flat or higher from 2020 levels.

Airline executives have different views on how quickly pent-up demand for travel could return. Some are gearing up for what they hope will be a surge in summer vacations. U.S. airlines have also resumed flying

Revenue in the healthcare division, which makes CT scanners, MRI machines and other hospital equipment, fell 9% to $4.3 billion. The company said revenue rose 7% in the unit excluding the sale of its biopharma operations in early 2020. GE said demand for ultrasound machines was strong and some elective procedures had returned to pre-pandemic levels.

The aviation and healthcare units generated operating profits in the quarter while GE booked losses from its power and renewable energy units as well as the shrinking GE Capital. Revenue fell 3% in the power unit, which makes turbines for power plants, to $3.9 billion, while revenue in the renewable energy unit, which mostly makes wind turbines, rose 2% to $3.2 billion.