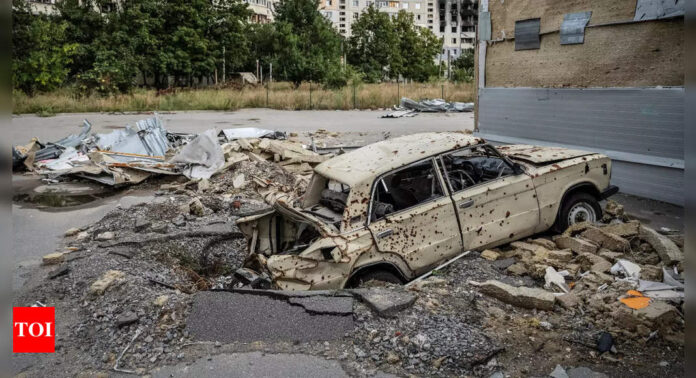 NEW DELHI: The Russia-Ukraine military conflict, higher inflation, and the tightening financial conditions on the back of policy tightening are unlikely to derail India’s ongoing recovery from the pandemic in 2022 and 2023, global ratings agency Moody’s Investor Service said on Tuesday.
The agency also retained India’s sovereign credit rating at Baa3 with a stable outlook.
“The stable outlook reflects our view that the risks from negative feedback between the economy and financial system are receding. With higher capital buffers and greater liquidity, banks and non-bank financial institutions (NBFIs) pose much less risk to the sovereign than we previously anticipated, facilitating the ongoing recovery from the pandemic,” Moody’s said in a report

“While risks stemming from a high debt burden and weak debt affordability remain, we expect that the economic environment will allow for a gradual narrowing in the general government fiscal deficit over the next few years, avoiding further deterioration in the sovereign credit profile,” according to the ratings agency.
All three major global ratings agencies — Moody’s, S&P and now Fitch — have stable outlook for India’s sovereign ratings, which provides comfort to policymakers battling to secure growth against the backdrop of geopolitical tensions.
Earlier Fitch Ratings had revised the outlook on India’s sovereign rating to stable from negative, saying downside risks to medium-term growth have diminished due to the rapid economic recovery and easing financial sector weaknesses, despite near-term headwinds from the global commodity price shock.
Moody’s said it expects inflationary pressures to weaken in the second half of 2022 and further into 2023, while high-frequency data shows strong and broad-based underlying momentum in the services and manufacturing sectors, according to survey data, such as PMI, capacity utilisation, mobility, tax filing and collection, business earnings and credit indicators.
“As such, we continue to see India as the fastest growing economy among its G20 peers in both 2022 and 2023,” according to the ratings agency.