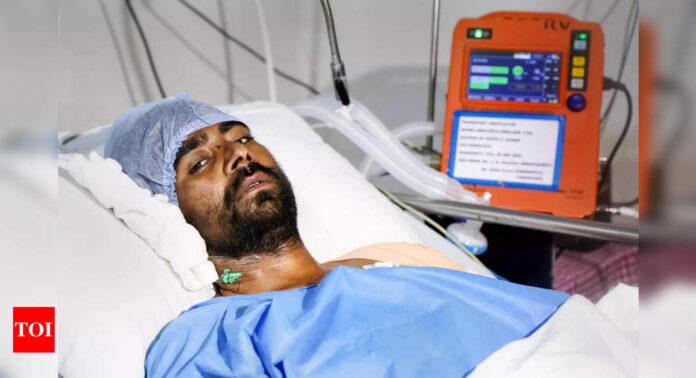 JAMMU: For the first time in more than two decades, Pakistan on Monday accepted the body of a trained Lashkar-e-Taiba terrorist who had infiltrated into Jammu and Kashmir and died during treatment after he was captured along the Line of Control (LoC) in Naushera sector of Rajouri district on August 21.
The body of Tabarak Hussain (32), a resident of Sabzakote in Pakistan-occupied Kashmir, was handed over to Pakistan by the Indian Army in the presence of police and civil officers at Chakan Da Bagh crossing point on the LoC in Poonch district, two days after he died of cardiac arrest at a military hospital in Rajouri.
Hussain was shot at and critically injured by the Indian troops. He was later shifted to military hospital in Rajouri where he underwent a surgery during which the soldiers donated three units of blood to save his life.
Hussain had disclosed that he was tasked by a Pakistan intelligence agency to recce forward posts in Naushera sector. He had told officials that a colonel of Pakistan intelligence had paid him 30,000 Pakistani rupees to attack the Indian Army’s forward posts.