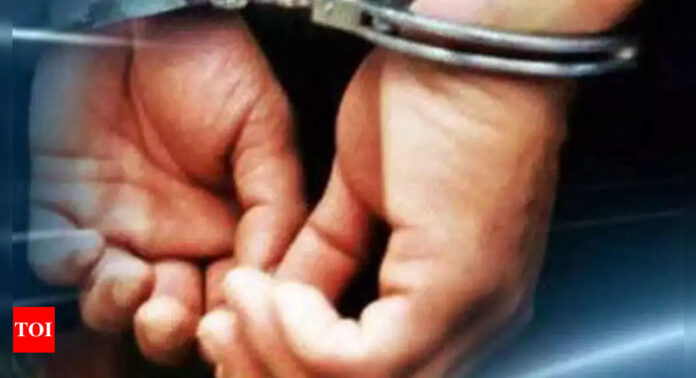 KOLKATA: A fortnight after a Special Task Force in Bengal caught two alleged al-Qaida In Indian Subcontinent (AQIS) members in Kharibari area of Sashan, the state’s anti-terror unit, in close coordination with Mumbai police ATS, arrested one more person from the southern suburbs of the city, while the Mumbai team arrested another person. They were allegedly forming a splinter group of AQIS that was meant to use social media to radicalise young people.
“STF officers on Saturday morning arrested Samir Hossain Shaikh (30), a resident of Chandnagar-Deulpota area of Sarisha, from the Diamond Harbour police station area. Mumbai ATS arrested Saddam Hossain Khan (34) from Nirmalnagar. He is a resident of Abdulpur, in Diamond Harbour police district,” said IG (STF) Deep Narayan Goswami.
The two men, STF officers said, were in regular touch with banned jihadi terrorist outfits backed by AQIS and carried out radicalised covert activities. Sleuths are also examining their role in relation to the banned Ansarullah Bangla Team of Bangladesh. “Both the accused have been forwarded to their respective courts, and till Shaikh is brought to Kolkata on transit remand from Mumbai, police will continue their raids at other spots in South 24 Parganas,” an official said.
“AQIS has several factions now and they have been threatening attacks in multiple cities in India for the past few months,” an investigating officer claimed.