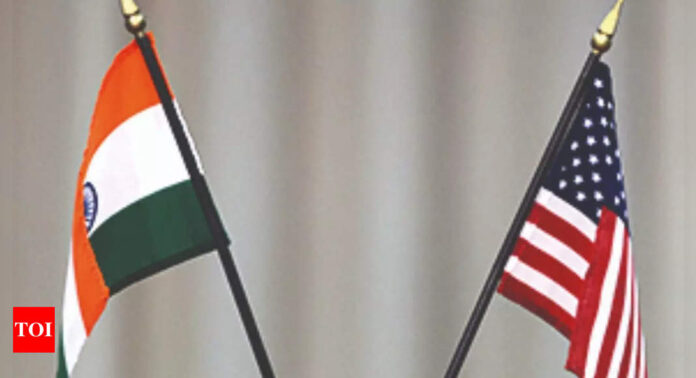 NEW DELHI: While India was quick to join the US-led economic grouping Indo-Pacific Economic Framework (IPEF), it stopped short of endorsing another initiative by the US and other western countries, the $600 billion Partnership for Global Infrastructure and Investment (PGII), aimed at countering China’s Belt and Road Initiative (BRI) in low and middle-income countries.
The US has already announced investment worth $30 million for a fund promoting food security in India under the PGII which, according to the White House, will deliver “game-changing” projects to close the infrastructure gap in the developing world.
Although announced last year, the PGII was formally launched by the G7 countries in Germany this week with the US committing mobilisation of $200 billion over the next five years. Foreign secretary Vinay Kwatra said India will have to see the details of the initiative to be able to speak specifically on it.
He clarified there were only two outcome documents pertaining to the G7 and the outreach countries (India, Argentina, Senegal, South Africa and Indonesia) together.
“One was on the resilient democracy (statement) and the second one was essentially the chair’s summary on the Just Energy Transition Partnership. I think the initiative (PGII)… if my understanding is correct, is a separate G7 initiative and to my recollection, unless you know there is some other input, I think it is not the G7 outreach initiative,” said Kwatra, while responding to a query on the PGII initiative.
According to a White House fact-sheet released earlier this week, the US International Development Finance Corporation (DFC) will invest up to $30 million in Omnivore Agritech and Climate Sustainability Fund 3, an impact venture capital fund that invests in companies looking to increase food security and promote “both climate resilience and climate adaptation in India, as well as improve the profitability and agricultural productivity of smallholder farms”.
Responding to a query related to the PGII, the Chinese foreign ministry had said on Monday that while China always welcomes initiatives that promote global infrastructure, and that such initiatives do not have to cancel each other out, “what we oppose is moves to advance geopolitical calculation and smear the BRI in the name of promoting infrastructure development”. India has never endorsed BRI because its flagship China-Pakistan Economic Corridor passes through the contested Gilgit-Baltistan region that remains, according to India, under the illegal occupation of Pakistan.
Asked about discussions on Ukraine and energy security, Kwatra said, “India will continue to do what it thinks is best in the interest of our own energy security when it comes to global oil trade. I think our position which the PM articulated during the G7 summit was well understood.
US talking to India on Russia oil price cap
The US has begun talks with India on how Russian oil price caps, National Security Advisor Jake Sullivan said on Tuesday as he described New Delhi as one of the key consuming countries of Russian oil. US President Joe Biden and PM Narendra Modi met in Germany on Monday on the margins of the G7 summit. When asked about discussions between the two leaders about India’s purchases of Russian oil, Sullivan said, “One aspect of that is intensive engagement with key consuming countries. India is one of those countries. We have begun talks with India on how the price cap would work and what implications would be”. (ANI)