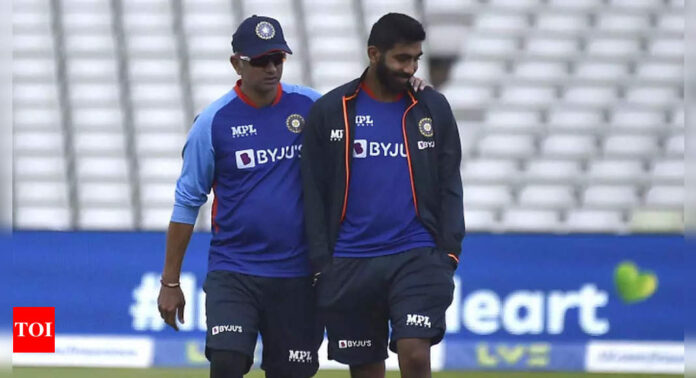 NEW DELHI: All the speculations surrounding who will lead India in the rescheduled fifth Test against England on Friday have finally come to an end after the Indian cricket board (BCCI) officially announced that pace spearhead Jasprit Bumrah will lead the Indian side since regular skipper Rohit Sharma has been ruled out due to Covid-19.
Bumrah will be the first pacer since Kapil Dev to captain India in Test cricket. India lead the five-match series 2-1.
Friday’s match should have been played in Manchester last September only to be postponed just hours before the scheduled start because of Covid-19 concerns in the India camp.

NEWS 🚨 – @Jaspritbumrah93 to lead #TeamIndia in the fifth Test Match against England.@RishabhPant17 will be the v… https://t.co/wOErUMASyN