Janhvi Kapoor will next be seen in Roohi.

Janhvi Kapoor turned 24 today (March 6, 2021). Daughter of late actor Sridevi and filmmaker Boney Kapoor, Janhvi made her debut in Bollywood with ‘Dhadak’ – Hindi adaptation of popular Marathi movie ‘Sairat’ – opposite Ishan Khatter. Although the movie received a mixed reaction from the audience, the actress went on upgrading her acting prowess and delivered movies like ‘Ghost Stories’ and ‘Gunjan Saxena: The Kargil Girl’. Besides, she has garnered a huge fan base with her dancing skills. If you happen to follow Janhvi on Instagram, you will find her sharing short videos from her dance classes; and we feel, she does it with all the grace.

Janhvi, who is now in Punjab shooting for her upcoming movie ‘Good Luck Jerry’, celebrated her 24th birthday with her crew from the movie set. Janhvi shared a short clip from the celebration where you can see a delicious cheesecake that has ‘Happy Birthday JK’ written on it. “Ok Sonu thank u”, she captioned the video. Let’s check out. 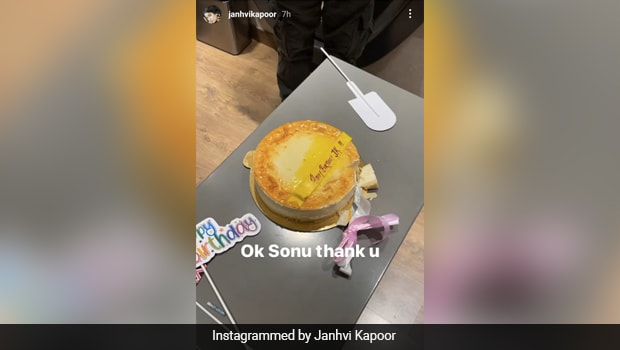 In the light-hearted video, you hear people giggling in the background and see one of her crew members holding a tag that had ‘I came here for cake’ written on it. Janhvi’s hair-stylist and make-up artist Riviera Lynn also shared a story on Instagram featuring Janhvi in her vanity (decorated with balloons), cutting the cheesecake. 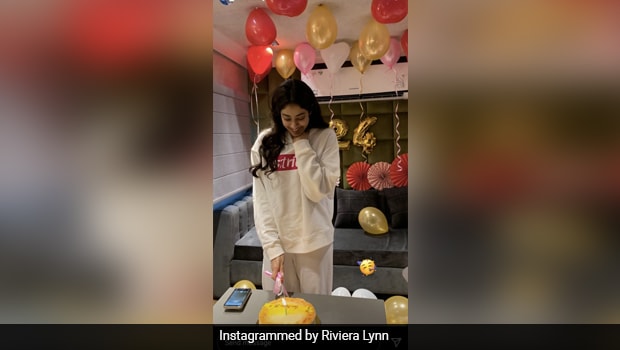 On the work front, besides ‘Good Luck Jerry’, Janhvi will soon be seen in upcoming film ‘Roohi’, along with Rajkummar Rao. She has also been roped in for Karan Johar’s ‘Dostana 2’ that will also star Kartik Aaryan and Laksh Lalwani.

We wish Jahnvi Kapooor all the luck for her upcoming ventures!

About Somdatta SahaExplorer- this is what Somdatta likes to call herself. Be it in terms of food, people or places, all she craves for is to know the unknown. A simple aglio olio pasta or daal-chawal and a good movie can make her day.