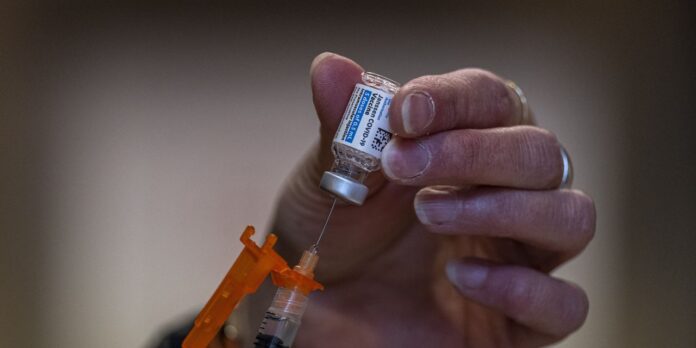 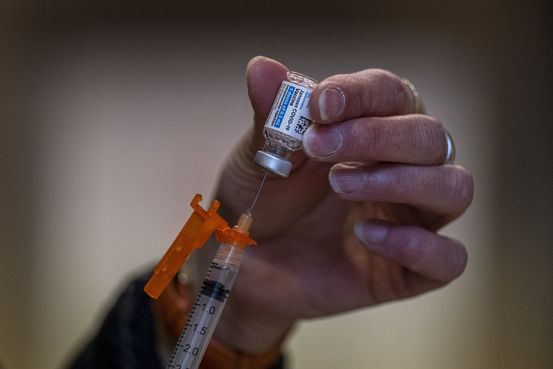 Covid-19 vaccine could be back in circulation this weekend—albeit with a warning or possible restrictions—depending on a recommendation Friday by a federal advisory panel.

J&J has agreed with the Food and Drug Administration to add language to the vaccine’s label warning about the clot risk, J&J Chief Medical Officer Joanne Waldstreicher told members of the vaccine committee during its meeting.

Dr. Waldstreicher said resumption of vaccinations with J&J’s shot would likely prevent many more deaths and hospitalizations from Covid-19 than the number of rare clot cases that may occur in people receiving the vaccine.

“We believe the J&J Covid vaccine is central to the effort to end the pandemic,” Dr. Waldstreicher said.

J&J vaccine injections were put on hold last week after reports of rare blood-clot conditions in a small number of recipients, including at least three fatalities.

Many public-health authorities, however, contend that the benefits of the vaccine outweigh the risks. The risk of blood clots is much higher from Covid-19 disease than from the vaccines associated with these complications, Jean Connors, a hematologist at Brigham and Women’s Hospital in Boston, said in an interview.

Blood clotting all over the body is one complication of severe forms of the disease. About 15% to 20% of Covid-19 patients who are admitted to intensive-care units develop blood clots, Dr. Connors said.

President Biden’s chief medical adviser, has predicted the U.S. pause would end as soon as Friday, perhaps with new restrictions or warnings.

The Advisory Committee on Immunization Practices, which includes doctors and public-health officials, is expected to advise the FDA and Centers for Disease Control and Prevention to either continue or lift the pause after a meeting Friday.

A recommendation to lift the pause—and agreement by the FDA and CDC—could put the vaccine back in circulation as early as this weekend, because millions of doses have already been distributed to vaccine sites.

Availability could ease supply constraints that some areas and vaccination sites counting on J&J’s vaccine have experienced since its use was paused.

It could also fulfill demand among people who prefer to get a single shot, rather than two doses spaced weeks apart required for protection from the

“I do think that there’s plenty of people who are interested in the J&J vaccine, if just for convenience as well as for a single-dose option,” CDC Director

said at a White House briefing.

The lifting of the pause could be accompanied by restrictions limiting the vaccine’s use to older adults, or possible warnings about the potential clot risk, according to people familiar with the matter.

The ACIP meeting began at 11 a.m. Eastern time, and a vote on a recommendation for next steps is expected by 5 p.m.

It is ACIP’s second emergency meeting in 10 days to discuss the J&J vaccine. The committee, which advises the CDC, met April 14, one day after use of J&J’s vaccine was paused. But the committee, meeting online, deferred voting on a recommendation because members wanted more information about the vaccine’s risks and benefits.

European health regulators also have investigated the clot risk and determined that vaccinations can proceed once J&J resumes rolling out its vaccine there, but that product information should carry a warning of the rare clot risk. The European Medicines Agency said the benefits of the vaccine outweigh its risks.

J&J is updating its package information for the vaccine in Europe to include details about the clot condition, and how to identify and treat it.

How do you think the CDC should proceed with Johnson & Johnson’s vaccine? Join the conversation below.

Initially, six women between the ages of 18 and 48 were reported to have clots in vessels that drain blood from the brain, combined with low counts in the blood of platelets, which help with clotting.

The CDC has now identified a total of 15 cases of women experiencing blood clots combined with low blood-platelet counts after receiving the J&J vaccine, according to a presentation by a CDC official during Friday’s ACIP meeting. Three of the women have died.

Two of the cases were in women 50 and older, while the rest were between 18 and 49 years of age. The symptoms, including severe headaches and nausea, started around one to two weeks postvaccination.

The CDC is calling the rare condition “thrombosis with thrombocytopenia syndrome,” or TTS. Most of the women had blood clots in veins that drain blood from the brain, but some had clots only in other parts of the body, according to the CDC’s presentation to the ACIP panel during its meeting.

The CDC is investigating fewer than 10 potential additional cases of TTS, Tom Shimabukuro, a CDC vaccine-safety official, said during the ACIP meeting. He also cited one case of a woman who experienced TTS and died, but she was excluded from the case count partly because she also had contracted Covid-19 after receiving the J&J vaccine.

Nearly eight million doses of J&J’s vaccine had been administered at the time of the pause, according to the CDC.

Dr. Shimabukuro said the rare combination of clots with low platelet counts is similar to cases that have been reported in Europe among recipients of

PLC’s Covid-19 vaccine. He said this rare condition wasn’t seen in people who received the messenger RNA-based vaccines from Pfizer and Moderna.

J&J has said it has been investigating the cases, and while the clot condition is a potential risk, as of late last week J&J said there wasn’t sufficient evidence to establish that its vaccine was causing the rare events.

The FDA authorized use of J&J’s vaccine in late February, the third Covid-19 shot to be cleared—after shots from Pfizer Inc. with its partner

Before the pause, J&J’s vaccine made up a relatively small portion of all available Covid-19 vaccine doses, as the company was increasing production.

More on the Covid-19 Pandemic

Still, public-health officials view the J&J vaccine as particularly useful in vaccinating hard-to-reach populations, such as the homebound and homeless. It doesn’t require a second dose like the Pfizer and Moderna vaccines do, and it can be stored in a standard refrigerator for longer periods than the other vaccines.

The company has a federal contract to supply about 100 million doses of its vaccine for U.S. use by midyear. J&J has said it is committed to supply that amount, but that production issues at a contract manufacturer’s plant in Baltimore could affect timing of the delivery of doses. Production of J&J’s vaccine at the plant recently stopped during an FDA inspection, which identified unsanitary conditions and other problems that must be addressed.

A significant issue that the ACIP might consider on Friday: how the clot risk among J&J vaccine recipients stacks up against the risk of clots that come with Covid-19 itself.

Use of the vaccine is even more urgent now with Covid-19 case numbers rising rapidly in some other countries, such as India and Brazil, she said. “The devastation due to Covid infection in these countries is catastrophic,” Dr. Connors said.

Cerebral venous sinus thrombosis—blood clots in the brain—alone affects five out of every one million people a year, according to data cited by the American Heart Association. It is far more common in women, and strikes most often in the third decade of life, hematologists say.

The incidence of cerebral blood clots as a result of Covid-19, on the other hand, is 39 for every one million people in the two weeks after a Covid-19 diagnosis, according to a paper by Oxford researchers that was posted on a preprint server, meaning that it hasn’t been peer-reviewed.

Awareness by physicians of the blood-clotting condition associated with the vaccine and how to treat it quickly and appropriately will help reduce illness and death from it, Dr. Connors said. Four of the first six patients who developed clotting and low platelets after vaccination were treated with heparin, which can worsen their condition. Health authorities now say nonheparin blood thinners should be used to treat these patients.

“Now that we are aware of this syndrome, the risks of dying from it are lower as we believe that we can more quickly identify those that have it and treat it appropriately,” Dr. Connors said.

The European Medicines Agency is also probing the blood-clotting condition among people who took the vaccine developed by AstraZeneca and its partner the University of Oxford.

The EMA said Friday the blood-clotting condition occurs in one of every 100,000 people vaccinated with the AstraZeneca-Oxford shot.

The agency also issued a new analysis detailing how the benefits of vaccination grow with the increasing age of those getting vaccinated and the infection rate of where they live.

—Eric Sylvers and Tarini Parti contributed to this article.

Write to Peter Loftus at peter.loftus@wsj.com and Betsy McKay at betsy.mckay+1@wsj.com