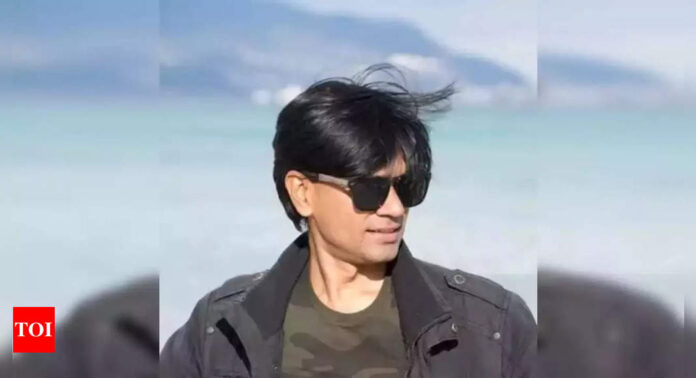 NEW DELHI: Delhi Police on Monday arrested Alt News co-founder Mohammad Zubair on charges of promoting enmity on religious grounds and deliberately hurting religious feelings, a non-bailable offence, through a tweet.
A few days ago, a case was registered against Zubair following a complaint from a Twitter handle over a tweet posted in 2018 that allegedly had a “questionable image with a purpose to deliberately insult the god of a particular religion”, cops said.
Zubair was produced before the court where police sought remand for his custodial interrogation, saying it was required “to unravel the conspiracy”. He was “evasive” while answering questions and didn’t cooperate in the probe, a senior officer claimed. The court granted one-day police custody.
Cops are also looking into alleged “dubious financial transactions” involving Zubair, another officer said, adding, “the probe is at its initial stage”.
Digipub, a body of digital news organisations, slammed “unjustifiable” use of “stringent laws as tools against journalists”. Rahul Gandhi tweeted, “Arresting one voice of truth will only give rise to a thousand more.”
‘No copy of FIR given in Zubair’s arrest’
Zubair was booked under sections 295 A (deliberate and malicious acts, intended to outrage religious feelings of any class by insulting its religion or religious beliefs) and 153 A (promoting enmity between different groups on grounds of religion, race, place of birth, residence, language, etc., and doing acts prejudicial to maintenance of harmony).
The case stems from a complaint against Zubair regarding an objectionable tweet that several social media entities and his followers had amplified and created a series of controversial debates and indulged in hate mongering in the trend, a Delhi Police officer said. On Monday, he was examined in this case and his role, cops said, was found objectionable. Therefore, he was arrested and produced before the court for police custody remand, the officer added.
“His post was being retweeted and it appeared there was a brigade of social media entities indulging in insult-mongering, thereby leading to a possible ramification on communal harmony. The tweet containing a picture and words against a particular religious community is highly provocative and done deliberately to incite hatred among people which can be detrimental for maintenance of public tranquillity,” the officer added.
On Monday, Zubair joined investigation in connection with another case registered against him in 2020. In this case, a tweet by him was not found objectionable by Delhi Police (as per a status report filed by them) as alleged in the complaint filed against him.
However, subsequent tweets after his initial tweet led to a series of questionable and derogatory tweets and he had been examined in the case earlier as well.
Alt news co-founder Prateek Sinha said that “no notice was given before Mohammad Zubair’s arrest and no copy of FIR has been given to us despite repeated requests”. He later tweeted, “After the medical examination, Zubair is being taken to an undisclosed location. Neither Zubair’s lawyers or I are being told where. We are in the police van with him. No police person is wearing any name tag.”
Politicians, media body condemn Zubair’s arrest
Zubair’s arrest by the Delhi Police on Monday triggered condemnation by a number of political leaders, including Rahul Gandhi and Sitaram Yechury, and media body Digipub, a representative body of digital news media organisations.
In a statement released on Monday, Digipub sought withdrawal of cases against Zubair and demanded that police stop using stringent provisions of the law against journalists.
“This is not the first time he is being subject to legal harassment. This is the sixth FIR filed against Zubair over the last two years…On Monday, Zubair was called from Bengaluru by the Delhi Police’s Special Cell for investigation in a 2020 case for which he has a protection against arrest from the high court. However, he was arrested in another case, the FIR for which was not made available by police, as they are legally required to,” said the Digipub statement.
Congress leader Rahul Gandhi and CPM general secretary Sitaram Yechury also criticised the police action against Zubair and demanded his immediate release.
“Every person exposing BJP’s hate, bigotry and lies is a threat to them. Arresting one voice of truth will only give rise to a thousand more. Truth ALWAYS triumphs over tyranny,” Rahul said on Twitter with a hashtag “DaroMat”.
Yechury demanded Zubair’s immediate release. “The Modi government is insecure and threatened by anything that exposes the fake hate machine of misinformation”. Congress leader Shashi Tharoor tweeted: “India’s few fact-checking services, especially Alt News, perform a vital service in our post-truth political environment, rife with disinformation.”To arrest Zubair, he said, is an “assault on truth”.