Kim Kardashian has often propagated vegan diet and herself sticks to preparing plant-based foods at home. Just last month, in January 2021, she announced to strictly follow vegan diet for at least a month. As Valentine’s Day is approaching fast, Kim received a special Valentine-themed treat – a vegan pizza. Kim liked the popular Italian dish so much that she called it ‘the best vegan pizza’. Pizza is one non-Indian dish that all Indians love, from all age groups. Be it non-veg or veg, the cheesy delight never fails to impress. But it’s only the first time we saw someone loving vegan pizza so much. We are already tempted to try it sometime soon.

Vegan diet includes the use of all plant-based and gluten-free products. Not only those who are allergic to gluten, many other people have chosen to follow a vegan diet for healthy, clean living. Kim Kardashian has always encouraged this form of diet and keeps following it from time to time herself. The ‘Keeping Up With The Kardashians’ star is a trendsetter, so we expect more people opting for a vegan pizza. 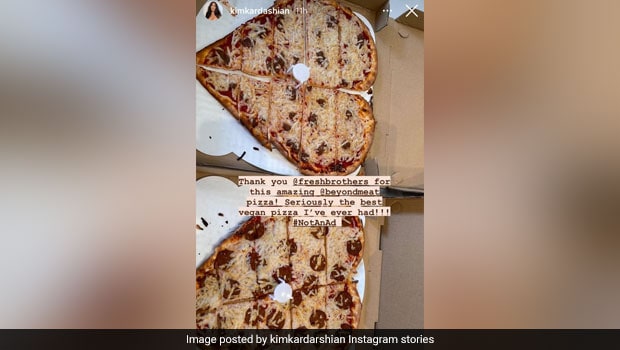 Kim Kardashian posted on Instagram stories, the picture of two heart-shaped pizzas that she was gifted in the wake of Valentine’s Day coming up soon. The pizza looked loaded with veggies and cheese, and looked every bit delicious. It must be because Kim wrote in the picture on the special pizzas: “Thank you for this amazing pizza. Seriously the best vegan pizza I’ve ever had!!! #NotAnAd

Just before the Valentine’s pizza post, Kim also shared a glimpse of her last meal – a healthy bowl of homemade granola with fresh fruits and almond milk – another vegan meal that had us salivating. 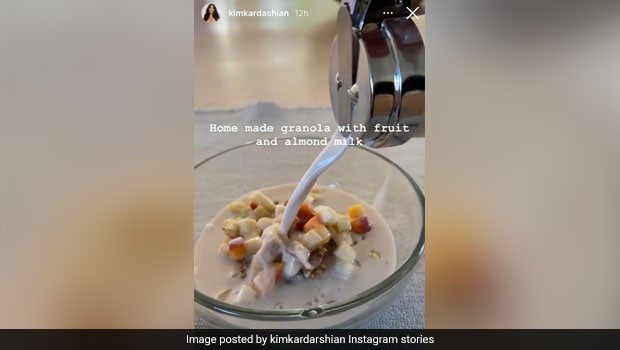