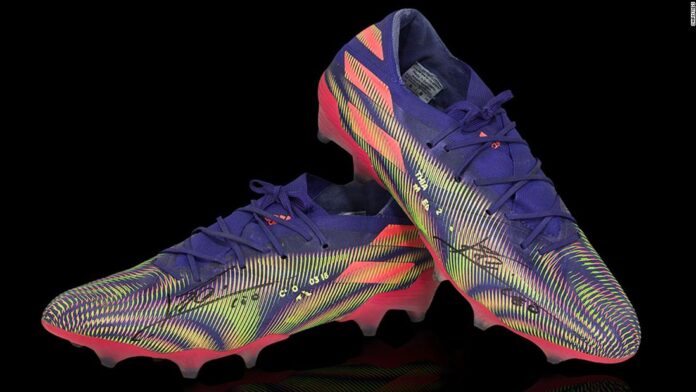 “The boots were offered at auction to raise funds in aid of the Vall d’Hebron University Hospital’s Art and Health programme,” said Christie’s.

The $173,000 sale price was world auction record for a pair of game worn football boots, which were initially displayed at the Museu Nacional d’Art de Catalunya, according to Christie’s

These weren’t any old boots. They were worn by Messi when he scored his 644th goal for Barcelona on December 22, 2020 to surpass Pele’s longstanding goalscoring record for a single club.

Pele, widely considered one of the greatest footballers of all time, scored 643 goals for Brazilian club Santos between 1956 and 1974.

Fernando Peyroteo is next on the list of all-time highest leading scorers after he scored 544 goals for Sporting CP between 1937-49. Josef Bican is next with 534 goals for Slavia Prague.

Messi, who made his debut in 2004, has won 10 La Liga titles and four Champions Leagues with the Catalan club. He scored his first goal in 2005.