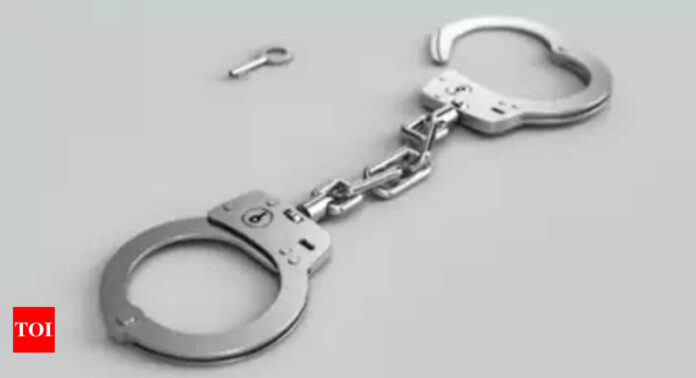 KOLKATA: A 33-year-old man from Burdwan was arrested for allegedly faking his identity as an army official to gain entry inside Eastern Command Headquarters Fort William primarily to drink good liquor at a cheap rate. The man was handed over to Maidan police by army officials on Sunday.
Police identified the man as Palash Bag, a resident of Krishnapur in Burdwan. Cops have found a fake identity card from him that mentions him as an officer of the Ministry of Defence. The youth has allegedly told cops that he got the fake I card made from a friend who works at Fort William. Cops are however verifying his claims.
Police said Bag had entered Fort William on multiple occasions. While leaving the premises after a drink session last Friday, he fell on the road and he was taken to Command Hospital by guards at Fort William as he had an army personnel’s identity card with him. The guards also found a cellphone lying on the road and had submitted it at Fort William.
However, while treating him, doctors couldn’t find his credentials in their system and suspected the ID card to be fraud. Realizing he would soon be exposed, Bag had fled the hospital on Friday night. Later, when he again visited Fort William to collect his cellphone, the officers grilled him before handing him over to the cops on Sunday. He was produced before a city court that sent him to police custody till September 12.