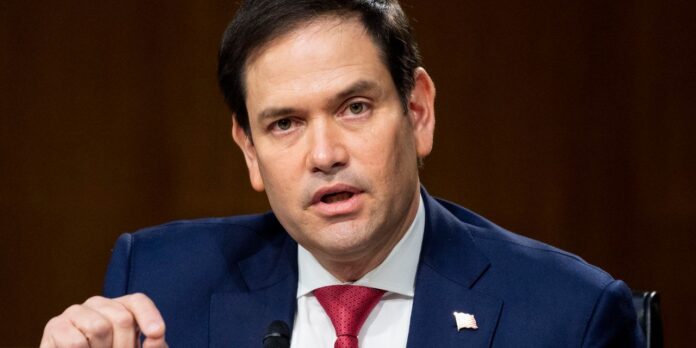 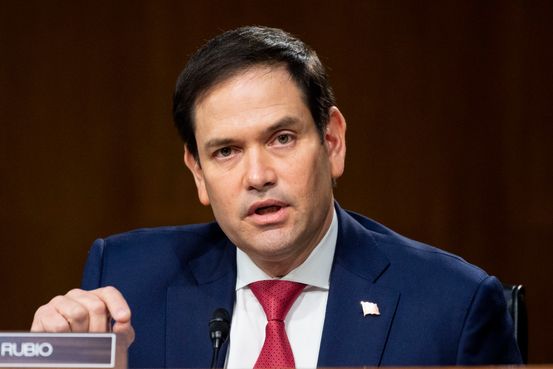 (R., Fla.) voiced his support for a union-organizing drive at an

warehouse in Alabama, accusing the e-commerce giant of waging a culture war that hurts its workers and the economy.

In an op-ed article in USA Today on Friday, Mr. Rubio said that adversarial relations between workers and companies could harm the country’s competitiveness. But he said he would support employees “when the conflict is between working Americans and a company whose leadership has decided to wage culture war against working-class values.”

“The days of conservatives being taken for granted by the business community are over,” Mr. Rubio wrote, citing what he called Amazon’s anticompetitive strategies against smaller companies and the removal of conservative content from its site as among the reasons he was backing the workers’ effort to unionize.

Mr. Rubio was one of a group of senators who wrote to Amazon earlier this month about its decision to remove from its site and its Kindle and Audible platforms the book “When Harry Became Sally: Responding to the Transgender Moment,” written by the conservative scholar

Amazon later told the senators that it had decided not to sell books that frame transgender and other sexual identities as mental illnesses.

Amazon rejected Mr. Rubio’s criticism from his op-ed on Friday.

“When Sen. Rubio says Amazon is ‘waging war on working class values,’ does he mean our $15 starting wage, comprehensive benefits, or the paid parental leave we provide for hourly workers?” said Amazon spokeswoman Jodi Seth. “If he stands with American workers like he says he does, he should endorse Sen. [Bernie] Sanders’ minimum wage bill today,” referring to the Vermont senator’s push to raise the federal minimum wage to $15 an hour.

Mr. Rubio’s backing of the unionization drive of Amazon warehouse employees in Bessemer, Ala., marks a rare instance of GOP support for organized labor. In the past, even Republicans like former Sen.

of Utah and former Sen.

of Tennessee, who had themselves once been union members, later came to oppose unions as harmful to business.

a longtime ally of unions, has voiced support for the Alabama workers, who are set to decide whether to become the first group of U.S. Amazon employees to unionize. Mail-in votes by the more than 5,800 warehouse employees are due to the National Labor Relations Board by March 29.

In a statement Friday, an Amazon representative said the company doesn’t believe the union organizers represent a majority of its employees’ views: “Our employees choose to work at Amazon because we offer some of the best jobs available everywhere we hire, and we encourage anyone to compare our total compensation package, health benefits and workplace environment to any other company with similar jobs.”

The warehouse opened in March of last year.

Amazon launched a website to persuade the warehouse workers to vote against the creation of a union and unsuccessfully sought to delay the process.

The Retail, Wholesale and Department Store Union is conducting the unionization drive. The group’s president,

welcomed Mr. Rubio’s support, adding that it “demonstrates that the best way for working people to achieve dignity and respect in the workplace is through unionization. This should not be a partisan issue.”

Organizers have said forming a union would let the workers collectively bargain over safety standards, training, breaks, pay and other benefits.

Mr. Rubio’s backing for the organizational activity follows years of thought on the subject. The son of a casino bartender, he has written that one of his earliest political memories was of joining his father in a Culinary Workers Union strike in Las Vegas.

“Any discussion of the dignity of work should mention unions,” Mr. Rubio wrote in a 2018 article in the Atlantic. “No other American organizations occupy the same unique space as labor unions, which straddle the line between jobs and community. At their local levels, unions have historically served as an integrating force for the dignity of work.”

In Friday’s op-ed, Mr. Rubio also called for “a more productive relationship” between labor and businesses. He said that union-supported legislation like the Protecting the Right to Organize Act, which passed the Democratic-led House on Tuesday, “would essentially mandate adversarial relations between labor and management.”

Those comments drew criticism from supporters of the PRO Act, who say the labor legislation would be a major advancement in employee rights.

Union membership has been falling for years in the U.S., a reflection of the declining power of organized labor and slower employment growth in traditionally more unionized industries, such as manufacturing, transportation and utilities.

But workers at tech companies have demonstrated an increased appetite for organizing of late, with Google employees forming a union in January that since has quadrupled its membership to at least 800 workers.

Write to Siobhan Hughes at siobhan.hughes@wsj.com