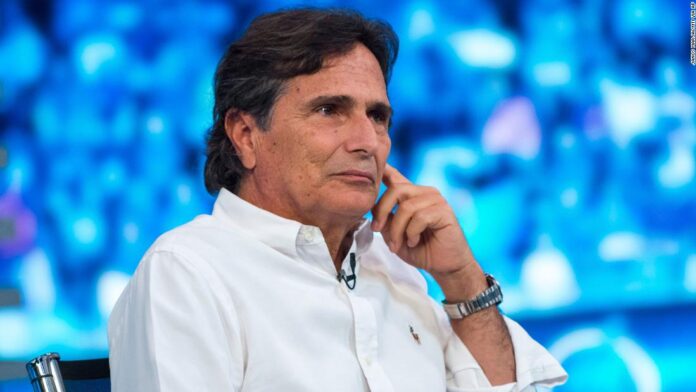 The racist term was used by the three-time F1 world champion in November of last year, but only came to light recently, when the interview was released Monday.

“I would like to clear up the stories circulating in the media about a comment I made in an interview last year,” Piquet said in a statement sent to CNN.

“What I said was ill-thought-out, and I make no defence for it, but I will clarify that the term used is one that has widely and historically been used colloquially in Brazilian Portuguese as a synonym for ‘guy’ or ‘person’ and was never intended to offend.

“I would never use the word I have been accused of in some translations. I strongly condemn any suggestion that the word was used by me with the aim of belittling a driver because of his skin color.

“I apologize wholeheartedly to anyone that was affected, including Lewis, who is an incredible driver, but the translation in some media that is now circulating on social media is not correct.

“Discrimination has no place in F1 or society and I am happy to clarify my thoughts in that respect.”

On Tuesday, Formula One, Mercedes and the FIA condemned Piquet for using the racial slur and Hamilton responded to Piquet’s comments in a series of posts on Twitter, writing: “Vamos focar em mudar a mentalidade” — Portuguese for “Let’s focus on changing the mindset.”

Hamilton, who has the most race wins in F1 history, said the “time has come for action” on racism.

“It’s more than language. These are archaic mindsets [that] need to change and have no place in our sport,” Hamilton said on Twitter. “I’ve been surrounded by these attitudes and targeted my whole life. There has been plenty of time to learn. Time has come for action.”

Piquet’s comments have been widely condemned in the sport.

Fellow Brit George Russell spoke out in support of his Mercedes teammate.

“Huge respect to LH,” he wrote on Twitter. “He has done more for the sport than any driver in history, not just on track but off it.

“The fact that he and so many others are STILL having to deal with this behaviour is unacceptable. We all need to stand together against discrimination of any kind.”

Ferrari driver Charles Leclerc also responded to Piquet’s comments, posting on Twitter: “Knowing Lewis since I arrived in Formula 1, he has always been extremely respectful to me and everyone that he meets. Those values should be the standard towards anybody around the world.

“The comments made towards Lewis should not be tolerated, and we should continue to push for a more diverse and inclusive sport. We need to remove discriminatory behaviour and racist language in any form from not just our sport, but our society as well.”

In a powerful post on his Instagram story, McLaren driver Daniel Ricciardo said: “Discrimination and racism has no place in this sport or our society. Those who still choose to spread hate and use those words are no friends of mine.

“I want to acknowledge Lewis and all the work he has done both on and off the track to not only spread messages of equality but combat that hate.

“I’ve never dealt with any racially motivated actions, but he has for his entire life. Yet each time his response to the hate is motivated by maturity, positivity and educating the world on how we should act. I stand with him and will do whatever I can to follow and support.”