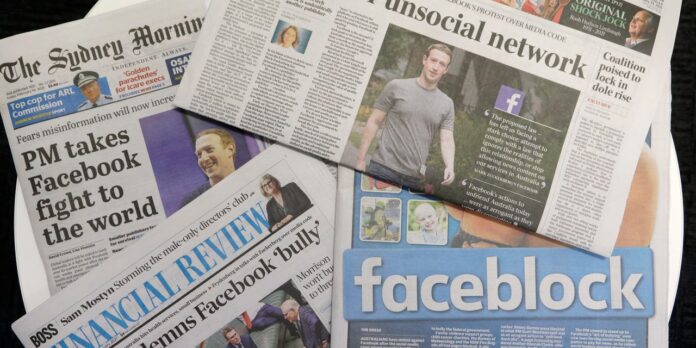 said Monday it has reached a deal to let

feature news in Australia from some of the media company’s key properties, including The Australian national newspaper.

The three-year deal follows an agreement reached in October 2019 involving News Corp publications in the U.S., including The Wall Street Journal and other Dow Jones media properties.

“The agreement with Facebook is a landmark in transforming the terms of trade for journalism, and will have a material and meaningful impact on our Australian news businesses,” News Corp Chief Executive

said in a statement. “This digital denouement has been more than a decade in the making.”

Google to pay publishers for content. Last month Facebook blacked out news in the country for five days amid a spat with the government over that proposal. Facebook reached a deal to restore news on its platform and got some changes to the legislation.

Sky News Australia, meanwhile, reached a new agreement with Facebook that extends and “significantly builds” on an existing arrangement, the company said.

News Corp has reached similar news-licensing agreements with Google and

On Monday, Mr. Thomson credited the Australian government “for taking a principled stand for publishers, small and large, rural and urban, and for Australia.”

Write to Maria Armental at maria.armental@wsj.com

Appeared in the March 16, 2021, print edition as ‘News Corp Reaches Deal With Facebook.’