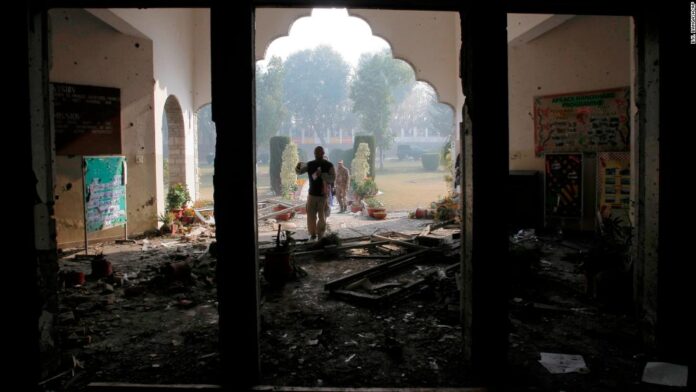 The TTP is a banned Islamist group that is responsible for some of the deadliest attacks in Pakistan’s history, including an assault on an army-run school in 2014 that killed 132 children, as well as the 2012 attempt to kill schoolgirl Malala Yousufzai, who became a Nobel laureate and education rights activist.

In a statement, Chaudhry said talks with the TTP are “underway” and a truce will be extended as the talks progress. He said negotiations are in accordance with the constitution of Pakistan.

Talks will focus on “state sovereignty, national security, peace in conflict zones along with social and economic stability,” Chaudhry said.

“It is heartening that there will be peace in these conflict ridden areas,” he said.

TPP spokesperson Muhammad Khurasani said both sides would observe a one-month ceasefire from November to December 9 and negotiation committees will be set up to keep the talks ongoing.

“The TTP is ready for negotiations with the government for the restoration of durable peace in the entire country,” Khurasani said in a statement.

While the ceasefire talks are not on the agenda, the Afghan Taliban has played a role in facilitating the talks between the Pakistan Taliban and government, according to Chaudhry.

The TTP have fought to overthrow Pakistan’s government and replace it with an Islamist state since 2007. They are a distinct group from the Afghan Taliban, though they are closely linked — as well as with al Qaeda — and share a religious extremist ideology.

The US State Department designates the TTP as a “foreign terrorist organization.”

In September, three people died and 15 were injured in an attack on paramilitary troops in the city of Quetta in Pakistan’s southwestern province of Balochistan. The TTP claimed responsibility for the blast.