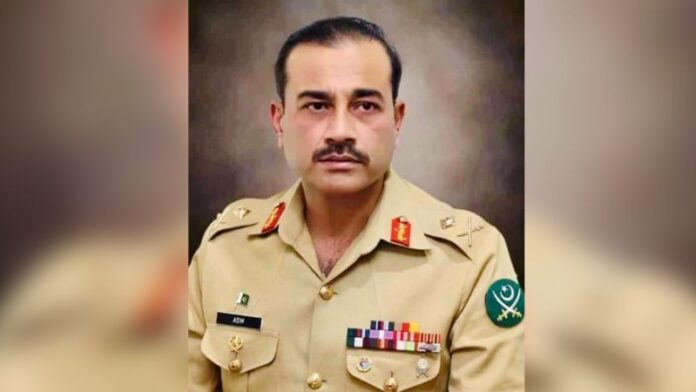 Pakistan on Thursday named former spy chief Lt. Gen. Syed Asim Munir as chief of the South Asian country’s army, ending weeks of speculation over an appointment that comes amid intense debate around the military’s influence on public life.

Munir, the country’s most senior general and a former head of the Inter-Services Intelligence (ISI) agency, will take over from Army Chief Gen. Qamar Javed Bajwa, who will retire on November 29 after six years in what is normally a three-year post.

The Pakistani military is often accused of meddling in the politics of a country that has experienced numerous coups and been ruled by generals for extended periods since its formation in 1947, so the appointment of new army chiefs is often a highly politicized issue.

Munir’s appointment may prove controversial with supporters of former Prime Minister Imran Khan, who was ousted from office in April after losing the backing of key political allies and the military amid accusations he had mismanaged the economy.

Munir was removed from his office at the ISI during Khan’s term and the former prime minister has previously claimed – without evidence – that the Pakistani military and Sharif conspired with the United States to remove him from power. After Khan was wounded in a gun attack at a political rally in early November, he also accused a senior military intelligence officer – without evidence – of planning his assassination.

Both the Pakistani military and US officials have denied Khan’s claims.

Khan’s Pakistan Tehreek-e-Insaf (PTI) party congratulated Munir on his appointment in a statement Thursday that also accused the military of having an outsized role in the democratic process.

“The people of Pakistan expect that their armed forces, while dealing with an array of external threats would stay out of the politics of domestic affairs and that the rights of the political parties will not be infringed,” the statement said.

The statement also reiterated the PTI’s demand for early elections. Khan is due to hold a rally Saturday in the city of Rawalpindi to repeat that call in what would be his first public appearance since being shot.

Khan aside, the new army chief will have plenty on his plate, entering office at a time when – in addition to a burgeoning economic crisis – Pakistan faces the aftermath of the worst floods in its history. He will also have to navigate the country’s notoriously rocky relationship with its neighbor India.

On Wednesday, outgoing army chief Bajwa said the army was often criticized despite being busy “in serving the nation.” He said a major reason for this was the army’s historic “interference” in Pakistani politics, which he called “unconstitutional.”

He said that in February this year, the military establishment had “decided to not interfere in politics” and was “adamant” in sticking to this position.

Pakistan, a nation of 220 million, has been ruled by four different military rulers and seen three military coups since it was formed. No prime minister has ever completed a full five-year term under the present constitution of 1973.

Uzair Younus, director of the Pakistan Initiative at the Atlantic Council, said the military institution “has lost so much of its reputation,” and the new chief had plenty of battles ahead.

“In historical terms an army chief needs three months to settle into his role, the new chief might not have that privilege,” Younus said. “With ongoing political polarization there might be the temptation to intervene politically again.”