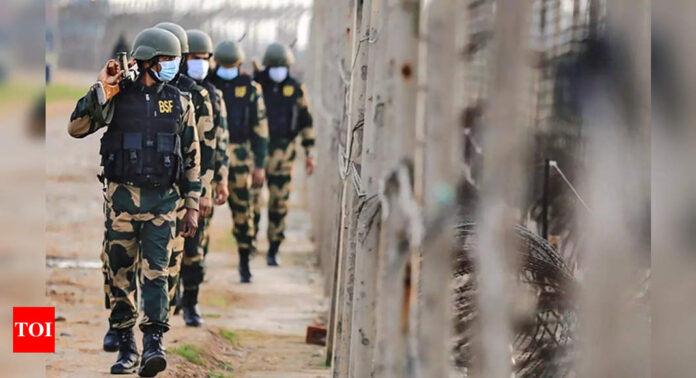 JAMMU: Pakistani Rangers violated the ceasefire Tuesday morning as it targeted Border Security Force (BSF) troops in unprovoked firing along the International Border in Jammu and Kashmir, an official said.
The BSF gave a “befitting reply” to the firing in the Arnia sector of Jammu district, he said.
“This morning, the alert BSF Jammu troops gave a befitting reply to the unprovoked firing by Pakistan Rangers on a BSF patrolling party,” BSF Deputy Inspector General S P S Sandhu said.
The BSF Jammu public relations officer also said there was no casualty on the Indian side.
India and Pakistan agreed for a renewed ceasefire along the borders in Jammu and Kashmir in February 2021.
Barring a few violations, the agreement is holding, much to the relief of border residents and farmers who have resumed farming activities along the Line of Control and the International Borde