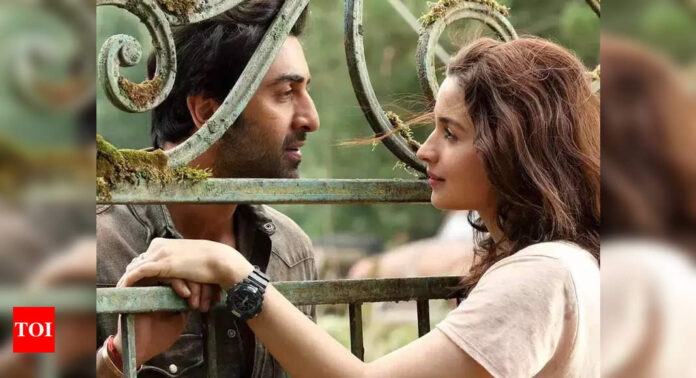 A little over a week ago, the film industry had pinned all hopes on Vijay Deverakonda’s Liger, but that film failed to deliver. Now, all eyes and heartbeats are clued in on the advance bookings for Ranbir Kapoor and Alia Bhatt’s Brahmastra. This film, like Liger, is produced by Karan Johar, and again, the numbers from the pre-booking daya look very encouraging. Most trade pundits and exhibitors are upbeat about the film opening to good numbers and some are also speculating a pre-pandemic style opening for this big ticket film.

Trade analyst Girish Wankhede spoke to ETimes and said, “It is an amazing time for Brahmastra advance bookings, which opened on Friday and all the three multiplex chains of the country PVR, Inox and Cinepolis have registered one lakh tickets. It is the biggest ever number after the pandemic and it amounts to Rs 2.5 crores worth of tickets sold.’’ Wankhede also commented on the prevalent industry trends adding, “Irrespective of what people have to say, if the content is good and the film looks promising, people do make advance bookings. Brahmastra has proved it to us.’’

Many believe that Ranbir Kapoor coming together with prominent names from the South industry – SS Rajamouli, Nagarjuna, NTR Jr – to promote the film has certainly been a huge boost for the prospects of Brahmastra. Exhibitor and distributor Raj Bansal said, “Brahmastra will open between 20 to 22 crores and as of now the advance booking has been very encouraging for us.’’

The exhibition industry has been suffering the most with films in the first half of 2022, failing to impress at the box office. Exhibitor and distributor Akshaye Rathi said people are keen to watch the film on 3D. He added, “The advance booking figure for Brahmastra from yesterday, mind you this is 7 days away from the day of release, has been extremely encouraging. An overwhelming number of tickets have been sold till now for 3D shows. The simple reason for that is that the audience has guaged from the promos and VFX teasers that the ideal way of experiencing Brahmastra will be in 3D. The viewers are choosing the immersive experience format which cannot be replicated at home.’’

Trade Analyst Atul Mohan echoed similar sentiments as he said, “Finally Brahmastra is all set to bring in good news for the industry, especially if the advance booking trend is considered. The opening day of advance booking was a hit as the film sold more than 30 thiusand tickets within no time. And if this momentum continues, we may just see the biggest opener of 2022. As they say in mythology, when all weapons fail, Brahmastra succeeds.”

Producer and film business expert, Girish Johar had a more balanced approach. He said, “The trend right now is that no major films are working at the box office, but having said that, if we analyse the films which have not done well, the content was not upto the mark. If Brahmastra has good content and the audiences really like it, I don’t think it will falter. It should have a good run at the box office. Advance ticket sales have been good. So technically, its undeterred by the negativity in social media. When you look at the ground level perception, there is good craze surrounding the film.”

Finally, Rathi also added, “The viewing experience of Brahmastra should be a huge driver for people to come back to cinemas because the expeience is truly going to be unique in theatres. I am confident this movie will go the same way as Ajay Devgn’s Tanhaji and do some great business in cinemas not just in the regular format but the 3D version, too.”