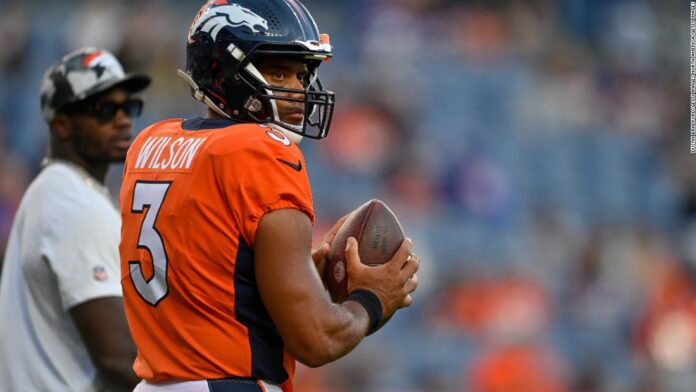 After signing the extension, which is reportedly worth $245 million, the 33-year-old quarterback is contracted to the Broncos through to 2028.

“It’s not really about me, it’s about being surrounded by guys who want to put the work in every single day and the dedication to it,” Wilson told reporters.

After being a third-round pick for the Seahawks in 2012, Wilson guided the franchise into eight postseasons during his decade in the Pacific Northwest.

His success included two Super Bowl appearances and one championship win in 2014.

In March, Wilson was traded from the Seahawks to the Broncos in an exchange that sent shockwaves through the sport.

The nine-time Pro-Bowler, though, has consistently been one of the best quarterbacks in the league and sits 15th in the all-time list of passing touchdowns with 292.

He has also started in all but three of 177 possible games since his NFL career began.

“In just a few short months with the Broncos, Russell has already had a dramatic effect on this organization both on and off the field,” Broncos General Manager George Paton said in a statement.

“His leadership, work-ethic and championship mentality have helped elevate our team in partnership with Coach Hackett, his teammates and the staff.”

Wilson and the Broncos will open the new season against his former team in Seattle on September 13.