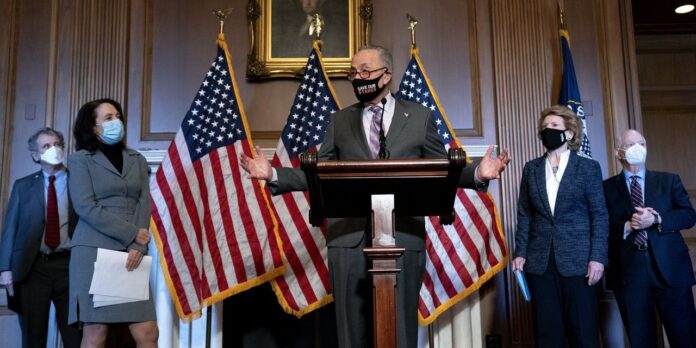 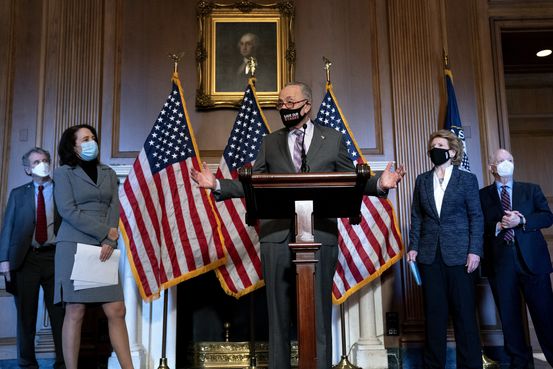 WASHINGTON—Senate Majority Leader Chuck Schumer said Senate Democrats are pushing to include an increase in the federal minimum wage in their Covid-19 relief package, despite reservations from some in the party and other potential hurdles.

House Democrats this week unveiled a coronavirus relief package that included a provision to raise the federal minimum wage over time to $15 per hour, up from its current level of $7.25 per hour. In the Senate, however, procedural rules for passing legislation without GOP support raise complications for Democrats hoping to quickly move a minimum-wage increase, and at least one Democrat, Sen. Joe Manchin of West Virginia, has said he is opposed to the change.

Mr. Schumer indicated Tuesday that he was still hoping to pass it in the Senate.

“We’re trying to work as well as we can with the parliamentarian to get minimum wage to happen, that’s all I’m going to say,” Mr. Schumer said.

Both the House and Senate last week passed a budget outline, opening up a process known as reconciliation that would allow them to pass President Biden’s $1.9 trillion coronavirus relief package with a simple majority, rather than the 60 votes required for most legislation. Democratic leaders have said they hope to secure some GOP support, but they are making plans to pass the legislation without it. Still, they can’t afford to lose any Democratic votes in the evenly divided Senate.

From Nihari, Galouti To Korma, Khansaamas Mughlai Fare Is Here To Impress

From Nihari, Galouti To Korma, Khansaamas Mughlai Fare Is Here To...