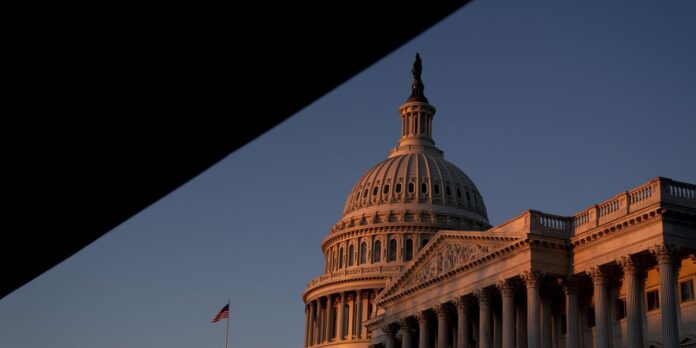 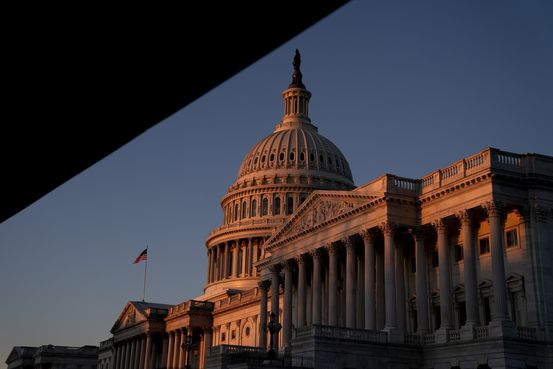 WASHINGTON—Senate Democrats sought to bridge differences over jobless benefits, aid for state and local governments and $1,400 direct payments as they aim to complete a $1.9 trillion coronavirus relief package and pass it through their chamber in the coming days.

President Biden joined a virtual lunch meeting of Senate Democrats on Tuesday to discuss the bill, after meeting with some moderate Democrats on Monday, as lawmakers look to make alterations to the legislation.

The moderate Democrats have discussed specifying that some of the $350 billion in proposed aid to state and local governments be used to expand broadband access. Lawmakers are also looking at changing who is eligible to receive the direct payments and reducing a proposed $400 weekly federal supplement to jobless aid to $300.

During the call, Mr. Biden spoke for roughly 10 minutes and urged Senate Democrats to stay united on the legislation and pass it quickly, according to people familiar with the comments. Senators discussed among themselves the size of the jobless payments, according to one of the people.

A roughly $900 billion relief bill Congress approved in December offered an additional $300 to weekly unemployment payments until March 14, and the current proposal would increase the payment by $100 and extend it through August. Some lawmakers, including Senate Finance Chairman

(D., Ore.) are pushing to have the supplement last through September.

Sen. Joe Manchin (D., W.Va.), who was among the group who met with Mr. Biden Monday, said on Tuesday he didn’t think Congress should increase the size of the jobless payments as the U.S. ramps up vaccine distribution, as it could discourage workers from returning to jobs.

“It’s kinda hard to explain, you’re getting a bump up now when we’re basically getting ready to come off,” Mr. Manchin said Tuesday.

Reducing the size of the jobless payments faces opposition from other Democrats, though. Earlier last year, Congress had set the unemployment payments at $600 a week in an initial relief round. The payments are in addition to state jobless benefits.

“The president believes, I believe, that the supplement should be $400,” Sen. Bernie Sanders (I., Vt.) said.

Democrats are expected to approve the legislation—which also expands the child tax credit and funds vaccine distribution, among other measures—in the Senate without Republican support. GOP lawmakers have attacked the size of the proposal, arguing that it is wasteful and unnecessary after the last relief package. The U.S. Chamber of Commerce said Tuesday it opposed the bill, saying it wasn’t sufficiently targeted, pointing to the higher savings rate for U.S. households and better-than-expected tax collections in some states.

“This isn’t a recipe to safely reopen America. To the degree it even addresses the pandemic, it’s more like a plan to keep us shut down,” Senate Minority Leader Mitch McConnell (R., Ky.) said. He said Democrats were “taking advantage of the crisis to check off unrelated liberal policies.”

Democrats have cast their bill as a necessary measure to buoy the economy and return life to normal.

“The economy is not strong enough to sustain things on its own. We need strong relief to get the economy going so it can continue on an upward path on its own,” Senate Majority Leader Chuck Schumer (D., N.Y.) said on the Senate floor Tuesday, noting the chamber could begin debate on the bill as soon as Wednesday.

In remarks Tuesday announcing that the U.S. would have enough Covid-19 vaccines for all American adults by the end of May, Mr. Biden again urged the Senate to quickly pass the relief plan.

“Despite the optimism, without new resources, our entire effort will be set back,” he said. “The bottom line is we need the American Rescue Plan now, now.”

In a recent Wall Street Journal survey, economists on average expected GDP to expand nearly 4.9% this year, after falling 3.5% last year. While the pace of U.S. residents receiving the coronavirus vaccine has risen, it is likely to take months for the country to reach herd immunity, medical experts say. Another resurgence in the virus could cause more businesses to close or again scale back operations.

Democrats in the House passed the relief bill last week, though they will need to approve the bill again after the Senate changes it before it can go to Mr. Biden for his signature. The House version of the legislation offered $1,400 checks to individuals making less than $75,000 and married couples making less than $150,000 before phasing down the payments. Those payments go to zero once an individual’s income reaches $100,000 and married couples’ income hits $200,000.

Some Democrats in the Senate want to cut off the payments at lower income levels.

“I think we could look at how we cap the pandemic checks to families so that they’re going to those people that most need the help,” said Sen. Jeanne Shaheen (D., N.H.).

Rep. Richie Neal (D., Mass.), chairman of the House Ways and Means Committee, said he would favor maintaining the House proposals on the checks.

Others in the Senate are pushing to make sure that some of the aid for state and local governments is used to finance an expansion of broadband access. Ms. Shaheen said she wants to see more funding for broadband and hospitals in the bill.

Because Democrats are using a process called reconciliation to pass the bill with a simple majority in the Senate, they have faced restrictions on what they can include in the legislation. Using reconciliation also means Democrats must keep the price tag at the $1.9 trillion they originally proposed, so adding funding for new priorities would require them to reduce the cost of other measures.

The Senate parliamentarian ruled last week that raising the minimum age to $15 an hour ran afoul of reconciliation’s rules, which will force Democrats to remove the measure in the Senate.

A backup plan to compel companies to raise wages for workers through the tax code fell apart over the weekend. Mr. Sanders, a major proponent of the $15 an hour, said on Monday he will try to amend the bill to include the $15 an hour minimum wage, anyway. Many progressives have called on Democrats to ignore the parliamentarian and raise the wage, a step the White House has opposed.

Echoing his public comments, Mr. Biden said on the call with Senate Democrats that he was committed to raising the minimum wage to $15 an hour, possibly through a stand-alone piece of legislation, according to lawmakers.

The Senate parliamentarian Tuesday ruled that funding for two infrastructure projects wasn’t eligible to be included in the Senate bill, according to a spokesman for House Speaker

(D., Calif.). Republicans had assailed the two projects, funding for a rail extension in California’s bay area and a bridge in New York state, as indicative of what they see as the bill’s waste.

Other rulings from the parliamentarian have landed in favor of Democrats, allowing them to include healthcare subsidies for laid-off workers and support for multiemployer pensions in the legislation.