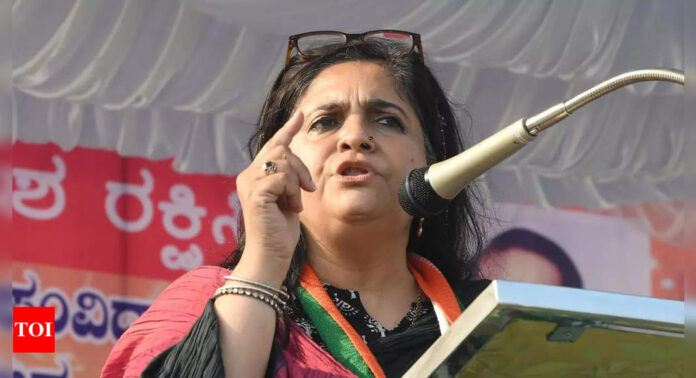 AHMEDABAD: A metropolitan court here on Saturday sent social activist Teesta Setalvad and former Gujarat DGP RB Sreekumar to 14-day judicial custody after their custodial interrogation ended and the newly constituted special investigation team (SIT) did not seek further remand.
While heading to Sabarmati Central Jail, Setalvad raised an issue of her security in prison and her advocate Somnath Vats submitted an application to the court, stating that there were many people who were convicted for their roles in the post-Godhra riots because of the efforts of Setalvad’s NGO. Some of them are women convicts too, Vats said and urged the court to issue directions for her security in prison.
To this, public prosecutor Mitesh Amin objected and argued that she is not an extraordinary criminal or prisoner that she would require security in prison. If such request is heeded, any prisoner will come to court seeking security in jail. After hearing this, additional chief metropolitan magistrate MV Chauhan ordered for appropriate arrangements for her security in accordance with the jail manual.
Setalvad and Sreekumar had been in police custody on the court’s order since June 26 after they were arrested a day earlier on charges of fabricating evidence of conspiracy for the 2002 Gujarat riots.
After their production in the courtroom, judge Chauhan asked both the accused if they had any complaint with regard to their custodial interrogation period. To this, Setalvad said she had to give statements on a few occasions but for this she was kept in custody for six days. “There were always five-six cops on the watch as if I am a very dangerous person,” she said.
Sreekumar requested the court to direct investigators to record his statement, at least under provisions of Section 164 of the CrPC (statements recorded by a magistrate). The magistrate declined the request and said that there is no provision under the law that an accused can insist on recording of his statement.