Let’s hasten through a perfunctory survey of J.K. Rowling’s new story The Ickabog. Available to read for free on her website, the story was revivified, Rowling writes, to help children around the world cope with the inevitable, oppressive boredom of lockdown. The last of the 34 instalments will be published on her website by July 10, with the book to appear in its entirety in shops in November.

In any case, Rowling is impervious to the maunderings of reviewers. She vies for the title of world’s bestselling author with the prolix James Patterson, from whose keyboard words and books spill seemingly unbidden like a drunk’s dinner on the pavement. As with Patterson, it would take a forensic reader to pick out a handful of sentences that startle, dazzle or delight from Rowling’s copious oeuvre, or an idea that hasn’t emerged premixed from the great vat of British boarding school stories.

The Ickabog is similarly unremarkable, a trite fairy tale that will be easily read and digested by its target audience (7 to 9-year-olds), though in the hands of adult readers might trigger theatrically despairing columns about our infantile society. For a sustained critical reading of Rowling, one needs to turn to defenders of trans rights. It is among them that her words bristle with power, even danger. Characters from J.K Rowling’s (centre) children’s book The Ickabog, as illustrated by its young readers 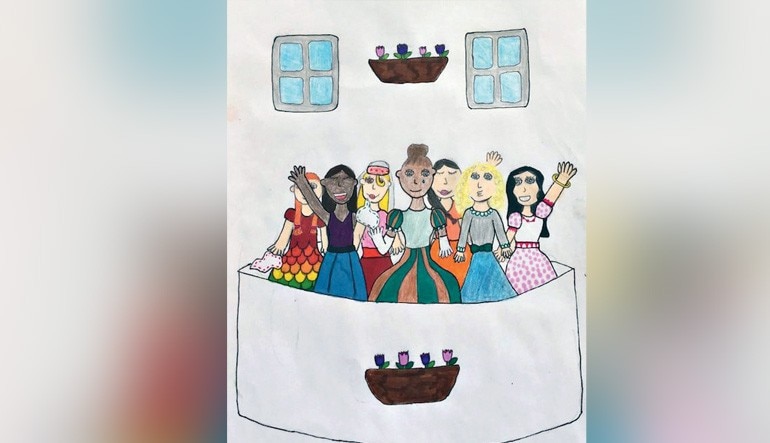 On June 7, Rowling, who had previously provoked activists enough for them to denounce her as ‘transphobic’, provided the link to a story on a development news website carefully titled ‘Creating a more equal post-COVID-19 world for people who menstruate’. It was the use of “people” that stirred Rowling to tweet in high dudgeon, “I’m sure there used to be a word for those people… Wumben? Wimpund? Woomud?” Barely pausing to note their surprise that she didn’t use ‘Wuggle’, trans activists tore into Rowling. “I decided not to kill myself,” read the first reply to her tweet, “because I wanted to know how Harry’s story ended. For a long time, that was all that kept me alive. Until I met my husband… You just insulted him to my face. I hate you.”

Rowling tried to explain that she was up to date on the scientific research about transgender people and was tweeting not from ignorance but from a place of ideological difference. “What is your obsession with negating the existence of trans people,” a trans activist wrote. “Write another book about wizards and warlocks, you demonic shrew.” One Twitter user, alleging anti-Semitism in the Harry Potter books, asked, “What scientific papers did you read to determine goblins were Jews?”

In an essay on her website, Rowling expanded on her original point, sketching out her essentialist position on womanhood. She’s worried, she wrote, about a “social contagion”, the peer-influenced behaviour that, she posits, has led to a “4,400% increase in girls [in the UK] being referred for transitioning treatment”. She also wrote about being a “domestic abuse and sexual assault survivor”, the background detail a contemporary sine qua non; on social media, we must all be vetted for ‘qualifications’ before we can hold an opinion or participate in conversation.

You don’t have to agree with Rowling to repeat the now shopworn observation that there is no room for argument on social media, that debate is the preserve of the privileged, the conventionally educated and safe middle classes whose prevarications are possible because they are unaffected by the issues they so prettily discuss. Toppling the iconic off their pedestals is cathartic, but activists, if not armchair culture warriors, know it’s a catalyst for debate, not a conclusion.

WTTC reveal Paris as the world’s most powerful city destination