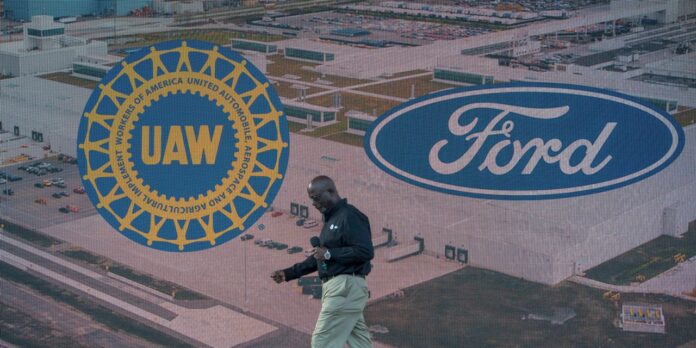 The United Auto Workers union is taking aim at

over plans for a factory in Ohio, criticizing the car company for moving vehicle production intended for the facility to Mexico.

in a letter to members Friday said the company told the union it was relocating manufacturing of a next-generation vehicle to Mexico without a clear explanation. Mr. Kariem said in making this move,

is failing to live up to a commitment it made to the factory during the last round of contract talks. A copy of the letter was provided to The Wall Street Journal Wednesday.

During labor negotiations in 2019, Ford pledged to spend $900 million on the factory, in part to retool for a new model that it would start building in 2023.

Ford said in a statement Wednesday that it is committed to the factory and highlighted recent investments in U.S. manufacturing.

In a separate letter to employees, the Ohio plant manager,

said conditions have changed since the last UAW contract was negotiated and pointed to other investments the company has made at the factory, including hiring more than 100 workers to increase pickup truck production.

Write to Nora Naughton at Nora.Naughton@wsj.com