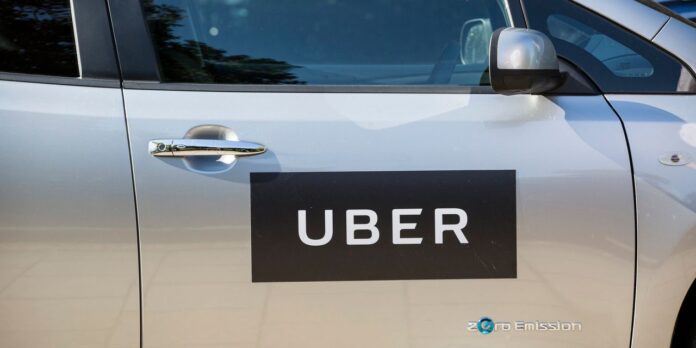 said it will grant its U.K. drivers an employment status entitling them to vacation pay and pension contributions, a costly shift in one of its largest overseas markets amid a global debate over the treatment of gig-economy workers.

The changes may presage legal wrangling, however, because the ride-hailing company says it will guarantee its drivers the U.K.’s minimum wage only after they have accepted a trip—not from the moment they sign into the app and are ready to work, as labor activists have demanded.

Uber announced the changes, effective Wednesday, after losing its final appeal last month of lower-court decisions that had granted a group of former Uber drivers a type of U.K. employment status that falls between employee and self-employed.

The company’s move, which reclassifies Uber drivers in the country as “workers” rather than independent contractors, will make the U.K. the first place where Uber is paying directly for its drivers’ vacations and pensions. The company already offers medical insurance in many markets.

Uber’s decision could give momentum to labor activists in a global tug of war over whether and how to grant more employment rights to workers in what is often called the gig economy, where apps distribute individual tasks to a pool of people whom the app makers generally regard as independent contractors.

“
‘We now need European policy makers, other platform companies and social representatives to come together to strengthen independent work—rather than eliminate it.’
”

In November, Uber won a major ballot battle in California—its home state—that exempted it from having to reclassify its drivers as employees eligible for broad employment benefits. As part of that win, Uber offered some new benefits including health insurance for some drivers. The company passed on some of its costs to riders in the form of higher prices.

Uber and others are lobbying to make such a model the national standard in the U.S., and the company has made similar proposals in Europe.

“We now need European policy makers, other platform companies and social representatives to come together to strengthen independent work—rather than eliminate it—with industrywide minimum standards, while safeguarding the flexibility platform workers say is most important to them,” said Uber Chief Executive

On Tuesday, Uber said it hoped its change in the U.K. would be followed by other companies. The shift will cover roughly 70,000 drivers in the U.K., which is one of Uber’s biggest markets. The U.K. accounted for 6.4% of the company’s gross bookings for its car-hailing business in the fourth quarter of 2020, according to a securities filing.

“Uber is just one part of a larger private-hire industry, so we hope that all other operators will join us in improving the quality of work for these important workers who are an essential part of our everyday lives,” said

Do you think Uber’s decision on employment rights in the U.K. provides a model for gig-economy workers in other countries? Join the conversation below.

Uber’s announcement was unexpected because the company had argued last month that the U.K. court ruling didn’t directly apply to its current drivers, leading labor lawyers to line up new litigation for thousands of drivers to claim benefits. An Uber spokesman on Tuesday said the company had decided to make its changes after consulting with its drivers, who wanted the new benefits, and to avoid a wave of litigation.

In another point of contention, Uber says it will calculate a driver’s minimum wage based on when drivers have accepted a trip. The Uber spokesman said the average driver spends most of his or her time connected to the app on paid trips, and already makes well more than the U.K. minimum hourly wage of 8.72 British pounds, equivalent to $12.11, during that time.

But the U.K.’s Supreme Court found in its February ruling that the group of former drivers should have been considered working whenever they were connected to the Uber app and available for trips.

a former Uber driver who was among those who brought the original case against the company, called Tuesday’s announcement “a day late and a dollar short” for only paying drivers the minimum wage after accepting a passenger. “They should be paying for all of your time,” he said.

Mr. Farrar said drivers were in particular need of a minimum wage during Covid-19 lockdowns, when a drop in passenger numbers meant many drivers found themselves idle for hours. He said he was concerned that Uber’s decision would attract more drivers to its platform, potentially increasing the amount of time many spend searching for passengers and decreasing their overall pay even more.

“They will face further litigation if they don’t accept that drivers are entitled to minimum wage for all hours, not just the hours delivering passengers,” said Jason Galbraith-Marten, the British lawyer who represented Mr. Farrar and other drivers in their case.

The Uber spokesman said the February court decision was based in part on practices Uber ended years ago, such as penalizing drivers who repeatedly rejected trips. Uber has also argued it would be illogical to pay drivers a minimum wage during periods when they are potentially signed into or even being paid by other apps—something more common now than it was in 2016, when the U.K. case began.

The other changes Uber outlined on Tuesday will be allocated to workers based on their earnings. Drivers will, for instance, receive a payment of 12.07% of their earnings every two weeks, which Uber says accounts for a prorated share of the 5.6 weeks of vacation that a full-time worker in the U.K. is entitled to receive.

Uber says it will also contribute 3% of each driver’s earnings to U.K. pensions, with drivers eligible under U.K. earnings thresholds contributing 5%, unless they opt out.

—Preetika Rana contributed to this article.

Write to Sam Schechner at sam.schechner@wsj.com and Parmy Olson at parmy.olson@wsj.com