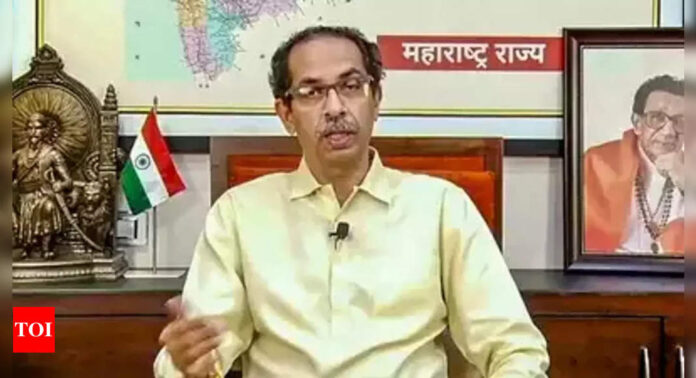 NEW DELHI: Uddhav Thackeray-led Shiv Sena faction on Monday moved the Supreme Court challenging the new Maharashtra speaker Rahul Narwekar‘s decision to recognise CM Eknath Shinde as Sena legislative party leader and rebel MLA Bharat Gogawale as the chief whip of the party.
Petitioner Sunil Prabhu, who was the chief whip of Shiv Sena before the post went to Gogawale, accused BJP of nursing a wound ever since Sena parted ways with it to form the Maha Vikas Aghadi (MVA) government in coalition with Congress and NCP. He said BJP engineered the rebellion and usurped power through illegal means despite knowing fully well that all rebel MLAs, including Shinde, faced disqualification under the provisions of the Tenth Schedule.
Senior advocate A M Singhvi requested a bench of Indira Banerjee and J K Maheshwari for urgent listing of the fresh petition but the court said that this plea would be heard with other petitions by Shinde, 16 rebel MLAs. He said the alleged faction led by Shinde cannot claim immunity from disqualification as there is admittedly no merger.