This is the unique resume which took netizens by surprise.

Looking for a job is quite a daunting task these days. Sending out resumes via email to multiple prospective employers is the norm. This may often lead to a major chunk of these getting involuntarily ignored by companies. Thus, the need of the hour is to make one’s candidature stand out among the crowd. A job applicant decided to try reaching out to a prospective employer in a way that would grab his attention – with the use of food! Believe it or not, a man actually went to the home of a prospective employer disguised as a delivery man with a box of donuts, which contained his resume. Take a look at the viral Reddit post:

“Most resumes end up in trash. Mine – in your belly,” read the hilarious headline to the resume. The man further wrote, “This delivery is not a mistake. I pretended to be a postmates delivery guy to ensure my resume was delivered to you personally.” Whether the man got hired or not is not clear, however, the unique ‘Donut Box’ resume definitely grabbed eyeballs on the internet. The picture shared by Reddit user u/idea4granter was shared in the sub-Reddit r/Pics, where it received over 65.9k upvotes and counting.

An excited discussion around jobs and recruitment began among Reddit users, who poured in their thoughts in the comments section. The post received over 1.8k comments, with people divided over whether the creative Donut box resume would work its magic. “Thank you but you still have to apply through the website so you’re in our Recruitment Management System,” laughed one user in the comments. Another wrote, “For a marketing or sales job this may work, for any other job they’re just going to think you’re a weirdo and eat your donuts.” Others also shared their concern about the hygiene of the donuts and whether it would be valid to accept food from a stranger. 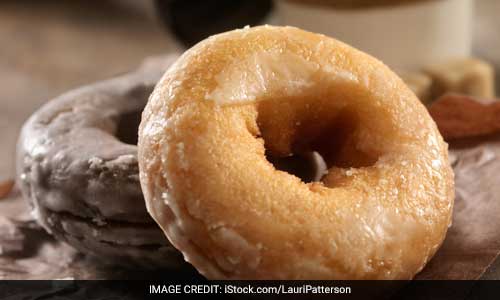 Doughnuts are one of the most-loved desserts.

Another Reddit user recalled a similar story which made the news in his town. “Job applicant sent in his resume in a shoebox, with a shoe. The resume said something about, ‘getting his foot in the door,” he revealed. Unfortunately, the clever idea did not go down well with the recruiter, who had to call the police in to check the package for bombs.

What did you think of the interesting and unique Donut box resume? Have you heard of a similar resume in your area? Tell us in the comments!