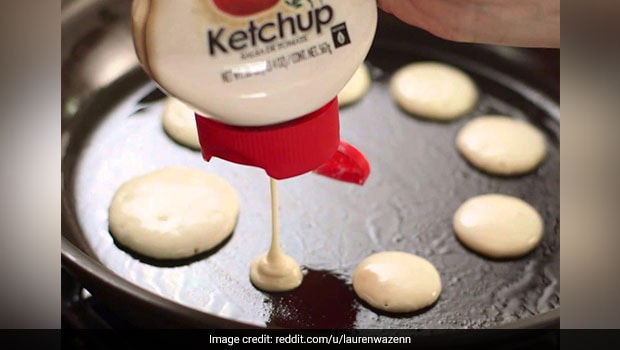 This hilarious post about pancake batter will leave you in splits!

Cooking is an art which requires dedication and patience to be properly learnt. Kitchen mishaps and delays are commonplace when one is learning the ropes of it. Beginner cooks often struggle with getting the proportion and timing right when it comes to making certain dishes. Batter dishes can be a task especially if you are still beginning to get the hang of cooking. Every batter has to be just the perfect mix of flour, spices, and water – a delicate balance which frequently goes awry. A Reddit user has aptly captured this in a hilarious post, which has now gone viral. Take a look:

The post was shared by u/divestfromfossil on the sub-Reddit r/me_irl which is a 4.8 million member strong community. Since the time it was shared, the hilarious meme received nearly 17k upvotes and counting. In the photo, a user @OrdinaryAlso explained how pancake mix could never be properly made with the right proportion of ingredients, resulting in much laughter. There would always be something or the other wrong with the batter’s consistency, thus resulting in too much mix being accidentally prepared. “Pancake mix is too thick. Adds water. Pancake mix is too runny. Adds mix. Pancake mix is too thick. Adds water. Feeds family 120 pancakes,” wrote the user in the post.

The viral post garnered hundreds of comments from Reddit users, especially beginner cooks who could relate to the meme. “Freezes pancakes and has pancakes for breakfast for the next month,” said a user in the comments section while another wrote, “and I never follow the ratio on the box and suffer everytime with too little or too much mix.”

Many other users also shared a few instances of their own where they would always mess up the ratio of ingredients, ending up adding more extra than was needed. Could you relate to the struggle of preparing the right batter? Tell us what you think in the comments below.